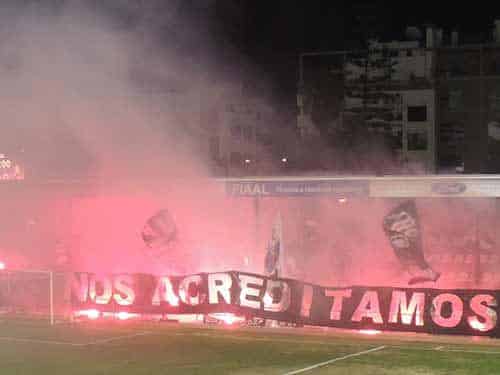 The Portuguese Prime Minister, who said the Government would avoid going cap-in-hand to the European Union for a bailout at all costs, was forced on Wednesday (April 6) to do exactly that.

The Socialist caretaker PS Government, which fell last month after Parliament rejected its latest round of austerity measures – Stability &Growth Pact IV – finally bowed to pressure after the national banking system made it clear on Tuesday that it had no more cash to lend the State.

Addressing the nation at 9pm on Wednesday, the Prime Minister José Sócrates said that the call for help was to “avoid risks that the country shouldn’t run”.

It is not clear if the Government is seeking a €15 billion interim bailout until the elections or a larger €75 billion bailout from the European Financial Stability Fund (EFSF) which is backed, in part, by the International Monetary Fund.

Pressure toward Wednesday’s step has been building since March when all of the United States based ratings agencies – Moody’s, Standard & Poor’s and Fitch – successively downgraded the Portuguese State, its public institutions and companies and its banking sector to little more than ‘junk’ status in some cases.

Portugal’s overall ratings now stand at Baa1 (Moody’s), BBB- (Fitch) and BBB- (Standard & Poor’s) – two notches above ‘junk’ status. In other words, it means that outside financial agencies believe there is a serious risk that Portugal could default on her loans.

Investor jitters in the secondary or bond markets have pushed up the interest rates on one, five and 10 year Portuguese sovereign bonds to record heights, hovering around five, eight and 10% respectively.

It now falls to the President of the Republic, Aníbal Cavaco Silva, to act as a mediator between the Government and the main opposition party, the centre-right PSD.

The Prime Minister has repeatedly blamed the opposition PSD party for creating a political crisis by not supporting the Stability & Growth Pact IV so as to force elections and win power through the back door.

The President of the Republic, Aníbal Cavaco Silva, has also come under fire from opponents who claimed he stood back and did nothing to bring the parties together during the crisis.

The Prime Minister held various behind-closed-doors talks with the country’s leading bankers over the past week to avoid the crisis but the banks, themselves overleveraged, undercapitalised and over-dependent on the European Central Bank, no longer had the funds to help out the State which is now technically bankrupt.

In the past five years, Portugal’s total debt has ballooned from €80 billion to €170 billion.

Bankers met earlier in the week at the Bank of Portugal and decided they could no longer afford to help the Government and themselves survive.

In an interview with RTP’s Judite de Sousa on Tuesday, the President of Banco Espírito Santo, Ricardo Salgado, stated firmly that it was time for Portugal to seek help from the European Union.

It was an opinion echoed by the President of Millennium bcp, Carlos Santos Ferreira, who said that the need for the loan was “of the utmost urgent order”.

Overt the past week, it emerged that many of Portugal’s public transport companies including the Porto Metro, Lisbon Metro, Carris bus company and rail track company REFER were either bankrupt or had serious black holes in their budgets.

It was also revealed by the Portuguese press on Wednesday that the Government didn’t have sufficient funds to pay public sector salaries and pensions.

The President of the European Commission, José Manuel Durão Barroso, confirmed last night that the Commission had received a formal request for financial help.

It is now feared that to bring the public finances under control, savage and indiscriminate cuts will be made to public departments, companies and salaries. VAT could be increased to 25% and Portugal may even have to tap into some of its gold reserves.

There is also the possibility that public entities will be privatised including the national bank Caixa Geral de Depósitos.

In a communiqué issued from Brussels late last night, the European Commission guaranteed that the request would be treated in the most “expeditious form possible”.

It reiterated its confidence in Portugal’s capacity to overcome its current financial difficulties with the support of its partners.

Splits within the European Union over the use of EU funds to bailout countries in difficulty began to appear yesterday as the United Kingdom made it clear that it would not again accept the solution used for Greece in May last year.

In other words, using Article 122 of the Lisbon Treaty to bailout Member States in “cases of calamity or exceptional circumstances beyond its control”.

Substantial sections of the German and French electorates are also largely against EU handouts and worry about what will happen if the markets turn on Spain and Italy next.