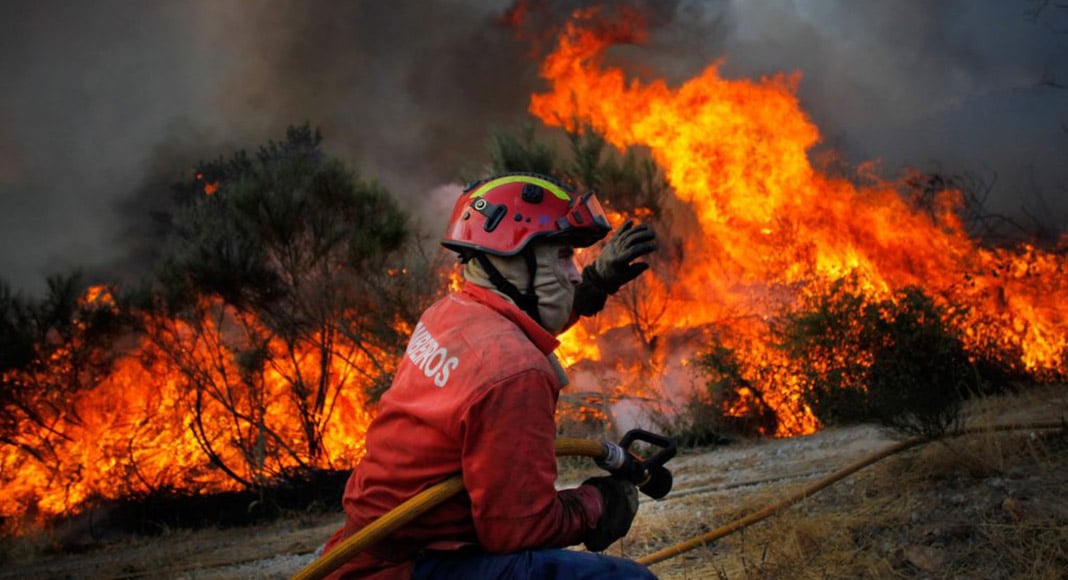 Yet another firefighter has died following terrible burns he received in a forest fire in Castro Verde on July 13.

40-year-old Carlos Carvalho suffered 95% burns to his body in the blaze and had been in an induced coma in Lisbon’s Santa Maria hospital.

A colleague from the same Cuba fire station in the Alentejo suffered 50% burns, and is reported now to have been awoken from his induced coma and be in a ‘stable condition’.

This has so far been a tragic year for firefighters. With Carlos Carvalho, four have now died in action while several others have been injured.

Only yesterday (Thursday) in separate blazes in Covilhã and Chaves, seven more firefighters were injured.

The president of the Republic Marcelo Rebelo de Sousa and the prime minister António Costa have both lamented the latest death and sent condolences to Carlos Carvalho’s family.

Whether this will be ‘an end to the matter’ depends on the results of an inquiry into the Castro Verde fire, and firefighters’ state of preparedness.

At the time, fire station boss Vítor Antunes said the firefighters’ personal protective equipment dated back six years and was ‘old and worn out’.

A heartrending photograph of the tattered trousers worn by Carlos Carvalho appeared with the story in Correio da Manhã, leading the League of Firefighters to demand laboratory testing on the clothes worn by the two men who were so badly burnt (click here).