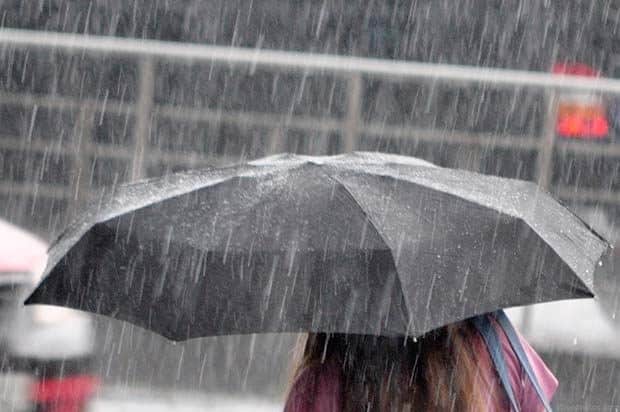 With central Europe bracing for a cold front that could see temperatures dropping by 10º in 30 minutes, Portugal too is girding itself for a week of really filthy weather.

It may not involve Siberian cold, but it will see major downpours after a winter in which almost the whole country has been praying for a good spell of heavy rain.

Meteorologists at IPMA have told Lusa that the miserable weather is due to “a region of depression” over the Atlantic that has ‘nuclei’ over the archipelagos of the Azores and Madeira.

“This depression has frontal waves which are travelling west to east and which will successively hit the archipelagos of Madeira and Azores and continental territory”, said IPMA’s Ângela Lourenço, stressing rain in the south will begin today and then carry on “practically all week”.

The “worst day” for wind – bringing furious gusts well over 100 km/ hour – will be Wednesday, she said, “as much for continental territory as for (the island of) Madeira”.

Snow too will be falling on high ground, in particular in areas of the extreme north near the frontier with Spain.

Temperatures, however, will remain relatively mild: a slight increase in maximums today, followed by a drop in maximums and minimums over the week, “but nothing very significant”.

This bout of bad weather has a new ‘name-to-forget’: EMMA.

EMMA’s progress will put the regions of Viana do Castelo, Braga, Porto, Vila Real, Bragança, Aveiro, Guarda, Viseu, Coimbra, Castelo Branco (and the island archipelagos) under ‘yellow alerts’, until at least the end of the week.