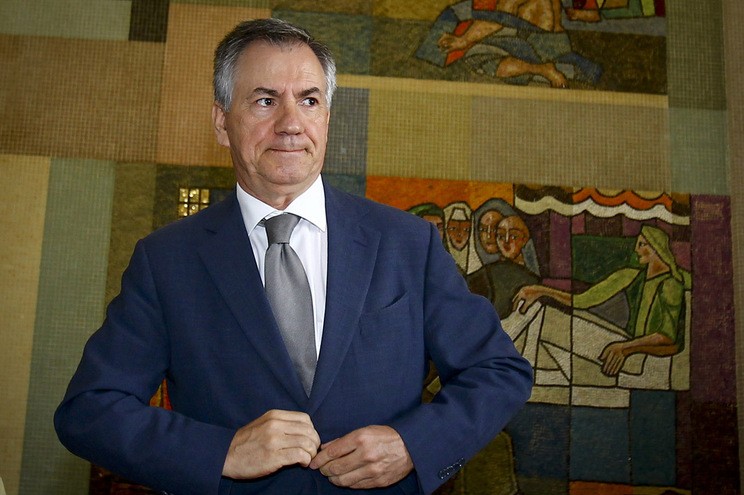 In a week where headlines have screamed “the strategy for combating corruption in Portugal has failed because politicians were left out of it”, one former Socialist politician has ‘had the book thrown at him’.

Armando Vara only left jail in October (ahead of time, due to the temporary policy of releasing inmates as a way of reducing the risk of Covid transmission in crowded jails).

Today he has heard that he may well be headed back to it – this time due to a condemnation for money-laundering extracted from the wider ‘Marquês investigation’.

This will be another bitter setback for Mr Vara whose lawyer has expressed absolute dismay at his client’s treatment by the justice system (click here).

The two-year jail sentence, now reconfirmed, relates to a condemnation received by Lisbon’s criminal court last July (when Mr Vara was still in jail serving time for the trafficking of influences in the Face Oculta investigation click here).

It may be that he can ‘challenge’ this decision in a higher court, in which case he is likely to remain at liberty for some time to come.

The reason for ‘not doing better’ lies in the fact that the strategy for combating corruption has excluded politicians and the Bank of Portugal, TI’s president Susana Coroado told Lusa.

“Political corruption is left out, people in high positions are left out – and this does not convey an image of good leadership, of leading by example”, she said. Indeed, the strategy has essentially “left  out problem areas in terms of preventing corruption”.

TI’s index sees Portugal tying with South Korea in 32nd place with 62 points out of 100. The EU average is 64 points.

2021’s index shows Denmark, Finland and New Zealand leading the fight against corruption, all with 88 points, while the ‘worst countries’ are Syria, Somalia (both on 13 points) and South Sudan (11 points).