Portugal Resident
Home Portugal News Back to Contingency – but is the cure killing more than the... 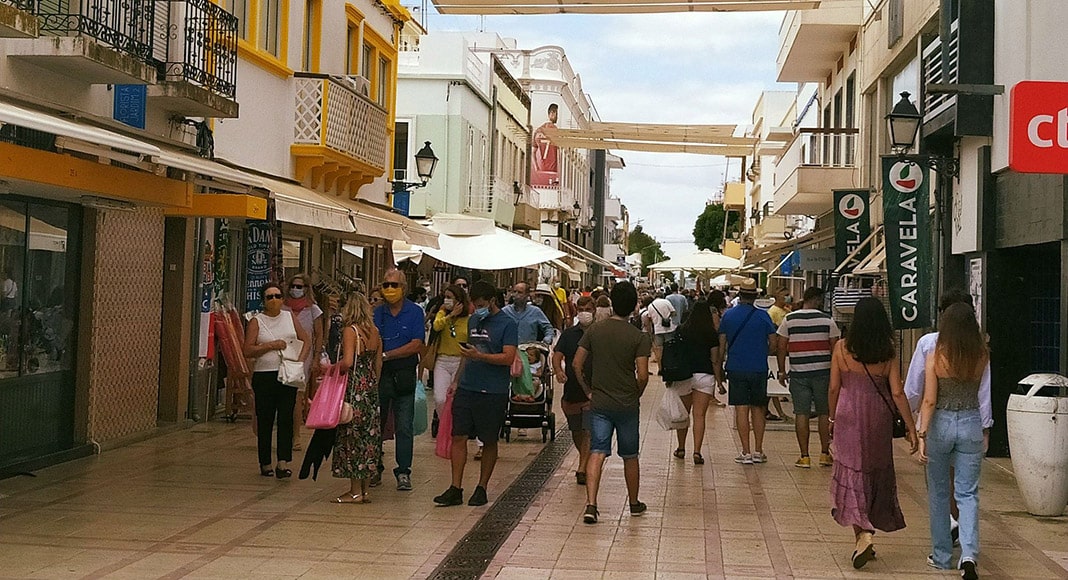 Tuesday saw the country plunged into further restrictions designed to limit the spread of coronavirus infections. From a minute past midnight it was no longer possible to meet in groups of more than 10 people (reduced to four if the meeting is in a shopping mall), to drink alcohol in a public setting after 8pm (unless accompanied by food), or even to eat out in a group of more than four people.

The immediate question has to be ‘will this really stop the spread of Covid-19?’

But first, to give authorities their due, we should inform of the changes brought in for the next two week period (the inference being that this could extended once, twice, possibly even more times).

Other than the three new restrictions mentioned in the opening paragraph, cafés, bars, restaurants and coffee shops within a 300-metre radius of schools are limited to groups of no more than four people at any point in the day – the intention being to reduce the chances for ‘large groups of young people forming’.

Opening hours for local commerce have changed. Businesses that are not coffee shops, hairdressers, or gymnasiums, can only open from 10am and must close by 8pm – though supermarkets, hypermarkets and cafés CAN stay open till 11pm (the decision rests with local authorities).

Service stations are to stop selling alcohol after 8pm, while in the metropolitan areas of Lisbon and Porto, workers are to work in shifts (to reduce pressure on public transports and issues of physical distancing) and/ or keep up the practice of remote working from home.

Changes that don’t involve the general public include the creation of 18 ‘emergency brigades’ made up of doctors, nurses and diagnostic technicians, a total of 400 people, to “act in a rapid way in outbreaks in old people’s homes”.

Children starting school are also bound to wear facemasks through the school day once they reach the 2º Ciclo (usually at the age of 9-10).

In the run-up to the return to a State of Contingency authorities stressed the fact that ‘success’ in Portugal’s ongoing battle with Covid-19 depends on “every single person abiding by the rules”.

That said, the State of Contingency that has been in place in the Greater Lisbon area throughout the summer does not appear to have brought down the spread of infections in any significant way. The capital is still a major virus hot-spot despite months of constraints, and continues to dominate the recording of deaths (in albeit very low numbers), as does the metropolitan area of Porto.

But what is interesting is that the virus now is not ‘decimating’ the elderly, nor is it predominantly infecting them. It is spread through the younger generations and more than often leaving victims either very lightly affected or completely unaware that they have it.

One could argue that this is the path towards herd immunity. But this doesn’t appear to be a popular approach yet.

Mainstream media has nonetheless ‘woken up’ to the fact that tests could be flagging false positives (on the basis that they are picking up “dead and harmless viral particles”).

The Express in UK has gone so far as to deduce that this could mean that ‘thousands’ of people are in ‘pointless lockdowns’ all over the north of England.

No matter how many ‘alternative views’ bubble to the surface, the overriding message that draconian measures are ‘the-only-way-to-win-this-battle’ persists.

The World Health Organisation, for instance, suggested on Monday that it was no longer a good idea to bump elbows in greeting. A simple hand on the heart would be a great deal safer. DGS health authorities in Portugal have discounted this suggestion – not least because images of bumping elbows are emblazoned all over government literature on ‘optimum pandemic practices’.

But as the nation has been forced into almost catatonic focus on the rising number of (largely asymptomatic) infections and the minuscule number of daily Covid deaths, Expresso has given one leader writer a bit of free rein.

“Either the government is lying”, writes Henrique Raposo – or its policies brought in to stem the pandemic have actually killed twice the number of people than Covid-19.

Raposo came to this conclusion by catching a news-flash that appeared last Friday and then ‘disappeared from sight’.

“In other words in the last six months, 5,882 more people died than averages for the same period recorded over the last 10 years”, Raposo wrote on Tuesday. “As we know, Covid-19 explains almost 2000 of these deaths: 1,871 to be exact”. So why hasn’t there been any kind of debate? Why hasn’t the president raised his voice or “the government, the Opposition, journalists, DGS (health authorities) or commentators”?

In Raposo’s mindset, the 4,000 unexplained excess deaths have come because Portuguese people are simply “too terrified by the apocalyptic narrative” to set foot in hospitals which “remain hugely conditioned by anti-Covid measures” as it is.

Anyone trying to see a doctor since March – even privately – often faces an interminable wait.

The ‘cure’ concludes Raposo, is killing many more than the virus (possibly twice as many) – and this is before one considers the damage being done to businesses/ livelihoods and the wider national and even international economy.

Yet no-one seems prepared to talk about it.

Says Raposo, “the silence on this subject is shameful”.