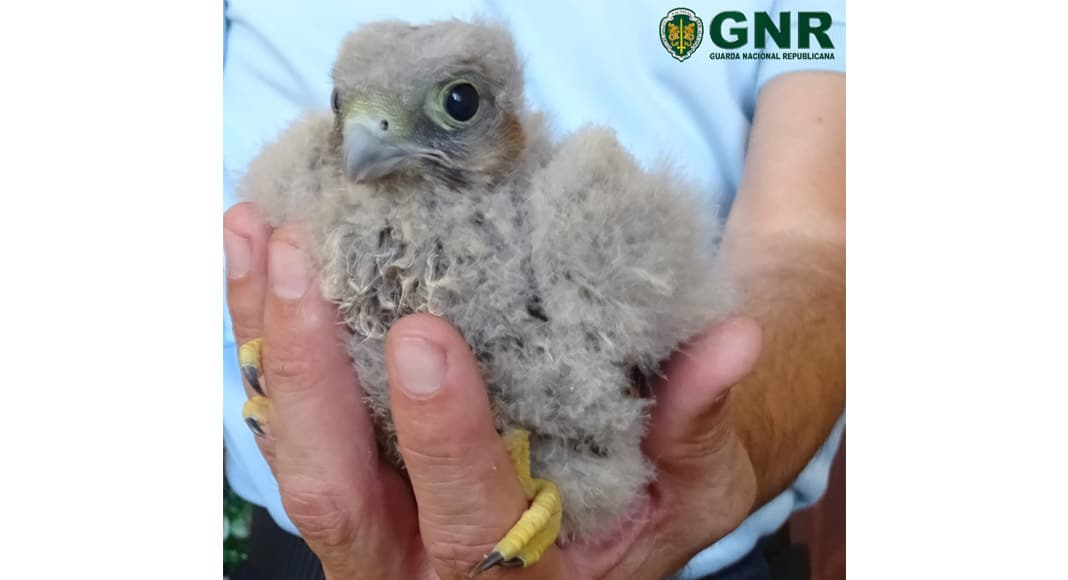 A baby falcon was rescued by GNR police in Lagoa on Thursday (June 10) and is now in the care of Olhão’s wildlife rehabilitation centre RIAS.

Authorities were alerted after the small bird was found at Praia dos Caneiros in Ferragudo.

“Apparently it fell from its nest and was debilitated and unable to fly due to its age,” the police force said in a statement to the press.

The young bird was taken to RIAS where it will recover until it is ready to be released back into its natural habitat.

GNR adds that its environmental and nature protection division (SEPNA) works on a daily basis to protect animals. A hotline entitled Linha SOS Ambiente e Território (808 200 520) is available for citizens to report these cases or to ask any questions they might have.