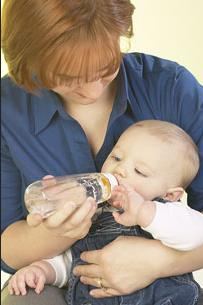 Scientists have warned parents putting warm milk in plastic bottles could have a harmful effect on their children.

A study showed that heating the plastic bottles or filling them with hot liquid can release a toxin, Bisphenol A, which has been linked to diabetes, breast cancer, hyperactivity, fertility problems and early puberty in girls.

It is believed that young babies are particularly vulnerable.

British scientists, however, believe there is no reason to stop using polycarbonate bottles and the chemical industry insists the levels are not high enough to be harmful, and that there isn’t any strong enough evidence to prove that Bisphenol A is harmful in small doses.

For parents who would rather not take the chance, non-polluting bottles are available in glass.