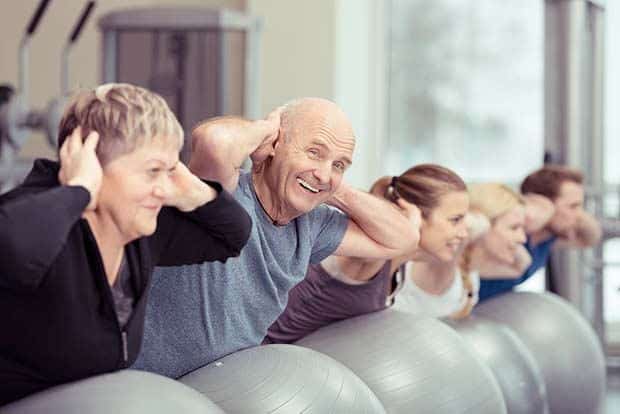 There’s a good chance that if you’re reading this article in actual newspaper form, you’re a member of that huge demographic phenomenon known as the Baby Boom. Okay, you actually have to be at least in your fifties to qualify as part of an explosion of births that occurred most prominently in the United States but also happened in other victorious allied nations after World War Two, most notably France and the UK. We realise, of course, that younger readers generally don’t pick up print any more, so hopefully the “post-boom bunch” will check us out online.

I’m mentioning the so-called Baby Boom because I think it is definitely one of the factors influencing the growth and popularity of the Algarve as a retirement destination. After all, we’re the ones who have actually achieved retirement age, and there are a lot of us. Before the past few years, the Boomers were influencing the world around them in other ways by buying all those newfangled products that were coming out like televisions and microwave ovens and, of course, inventing rock ‘n’ roll. Now, we’re purchasing condos in Villamoura.

Actually, my lovely wife and I are not considered Baby Boomers because we were born in 1945 (the earth really did move for our parents, with the Atomic bomb), while according to demographic experts the birth-rate bulge officially started in 1946. Being ahead of the trend, for the most part, has been an advantage. Early on, my lovely wife and I thought we were trendsetters, part of the avant garde, until we realised that we were just being typical first.

Starting with the Atomic age, we’ve experienced quite a few epoch changes and innovations along the way. When I was a kid, my family had one telephone on a little table in the front hallway. It had a rotary dial and was hooked up to a party line. Our black and white TV had four channels, which everybody watched, and we had to get up and walk all the way over across the shag carpet to the set to change to one of the other three channels or to adjust the rabbit-ear antenna.

When I was in college, we didn’t Google anything, but instead had to actually visit a large building known as a library and wander through the stacks until we actually found a book, that unfortunately had the appropriate pages ripped out by a ruthless student who had gotten there before us. If we did find some useful information we were then required to type our term papers and reports on something called a manual typewriter.

It didn’t take hours; it took days. Every time you hit a key, a lever caused a tab of metal to engrave a letter onto a piece of paper that you had scrolled into the machine. If it happened to be the wrong letter (oops!), you had to stop, reach into the drawer of your desk and find a little bottle of white paint, known as “Whiteout”, and cover over the letter. Then you had to wait for the paint to dry. Often you assisted that process by blowing on the page until you became impatient and decided to hit the correct key causing the letter to splash in a puddle of white. Not only were your mistakes not in fact concealed, but could be spotted easily as a bunch of little white dots with blurred letters scattered across your manuscript.

These days, many of the younger generations actually mock us for not being computer literate. This is clearly unfair, since we can remember when computers did not exist and the internet was simply an empty void. We’re the ones who had to adapt to a constantly changing system of communication.

There was a time, when we would dutifully write or type letters, which we then had to fold and stuff into an envelope and then address and seal, lick a stamp and carry to a post office. After that, it took three to seven days to arrive at its destination. We’re the ones who had to adapt, and we did.

Now, after putting my columns through spellcheck, I simply attach it to an email to my extremely astute editor, who almost automatically inserts the text on the page designated in the latest publishing programme.

Not like the old days – I remember working in the newspaper business when we had typesetters, who actually printed out the articles on long strips of glossy paper. Then we cut and pasted the stories onto the pages. Yes, we literally cut the strips with a razor knife and pasted the text in place with, you guessed it, paste.

Those were the days. So yes, maybe the older we get the less enthusiastic we are about continuing to adapt to more and more complicated computer programmes, but we have done plenty of adapting, so give us a break.

Email still works fine, why do I have to tweet? Okay, digital photography is way better than having to wind rolls of film with only 36 frames into a Kodak camera, but that doesn’t mean I’m going to take a single selfie. I’m still going to ask the waiter to take a photo of us with the sunset in the background.

Baby Boomers have experienced a lifetime of change – from Woodstock, to downloaded I-Tunes; from Mickey Mouse to Donald Trump. We’ve already had plastic surgery and gotten through our mid-life crisis, not always unscathed; and we’re still waiting for the peace movement to catch on; and racial equality seems overdue; not to mention women’s rights, but apparently change, lots and lots of change, takes time.

I think we’ve earned our turn at retirement and really do need to rest up after all that super-sonic plane travel we invented. You might say we’re jet-lagged, but we’re not stupid.

The Algarve is a beautiful place for retirement, with lovely, sunny weather; a rather low cost of living; a safe environment; lots of golf courses; many nice beaches; scenic, historic towns and villages, and an expanding real estate market. Oh, oh, that might be a problem.

Many of the Baby Boomers, including people like my lovely wife and I, who are at the beginning of the curve on the chart, have moved to Portugal for all the right reasons, and consequently driven villa prices up. The Baby Boomers are coming. Many are already here, but more are on the way. Pretty soon it’s going to get crowded.

I know, I know – I forgot plenty of advancements like ballpoint pens and Velcro, not to mention radar and, oh yeah, space travel (“One small step…”), but don’t fire off a complaint to patattheresident@gmail.com. Bob Dylan has already said it all.

I’d rather get an email to hear what you think about what will happen. Also, as always, Ol’Pat would appreciate any suggestions for future columns or story tips. Please keep your messages brief. I’m not as patient as I used to be and might need to take a nap.