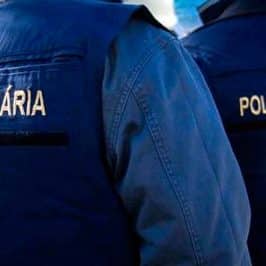 … and the issue of a possible third body

The hideous double murder that has projected Ilha do Pico, in the Azores, into international headlines this week, has taken another grim turn.

SIC noticias reports that the wife of the naturalised German Bosnian, who has now confessed to shooting two elderly friends dead – and disposing of their bodies in a slow-burning bonfire – has also been arrested, and faces the same suspicions as her partner.

The 53-year-old was detained this morning. Likely charges are two counts of qualified murder, the profanation of corpses and possession of an illegal weapon.

But there is more where this came from. Correio da Manhã’s morning edition suggests there could be another body – potentially buried nearby (?) Could this have been the ‘real reason’, the alleged killer wanted to ensure no-one purchased the land next to his? Could there be a shallow grave on the land that he was adamant no one could unearth?

What CM explains is that before suspected killer Tomislac Jozic started living with the woman now described as his wife, she was living with another German national: in the same house on Campo Raso, looking out over the sea.

Neighbours who ‘missed’ the fact that two men disappeared just at the same time as the smell of burnt meat assailed the area, may have missed the implications of this ‘strange disappearance’ too.

Because the German man simply vanished.

The story at the time was that he had ‘gone travelling and died’.

Shortly after this story was disseminated among the local population – with a number of people thinking it a little strange – Tomislav Jozic ‘appeared on the scene’, and started living with the ‘widow’.

PJ police certainly have an enormous amount of detail to wade through.

In a statement to the press this morning, the force confirmed the reasons for the woman’s detention, saying she will now appear before magistrates to hear bail conditions.

Her partner has been remanded in preventive custody until his trial, while the relatives of the two men shot dead and burnt – on or around September 10 – are described as ‘in shock’.

CM’s reporting team adds that the house in which Jozic lived with his ‘wife’ “is an authentic fortress, protected by various CCTV cameras which alert the people inside if anyone is close to the fences.

Jozic’s sister “came to the door several times yesterday, and even ended up taking photographs of our journalists”, says the paper – which at the time appears to have had no idea a new arrest was in the offing.