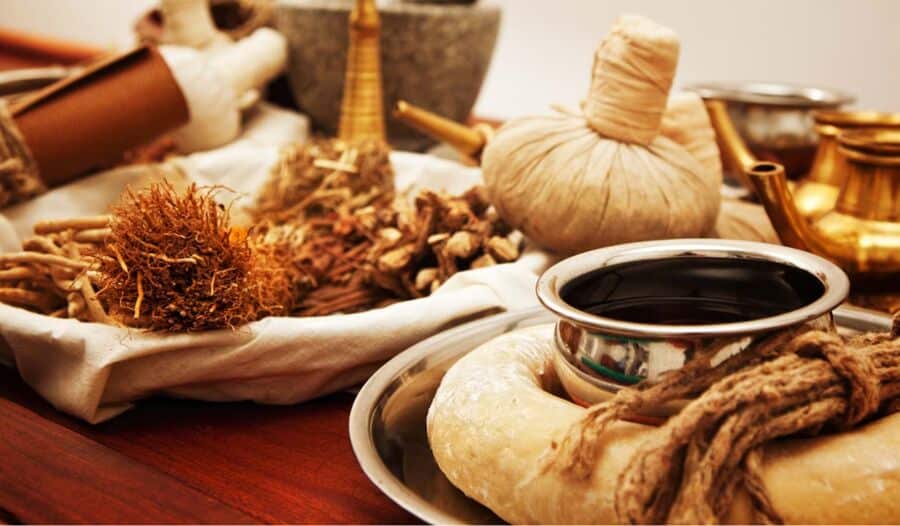 The COVID pandemic brought upon positive and negative things, among the main ones the increase in the dissemination and knowledge of the 4000-year-old ancient medicinal system from India, called Ayurveda.

Just before the pandemic, knowledge about Ayurveda was limited, and mostly known about through a trip to India, or some fortuitous encounter with centres or people whose services offered Ayurvedic consultations, therapies or medicines. Others found out about Ayurveda by searching for alternative therapies to heal their illnesses or through practising Yoga intensively.

However, the massive use of social networks and the search for alternative methods to prevent and/or treat COVID and other conditions led to an increase in the dissemination of Ayurveda. As it is often the case with topics that become a trend, there can be room for misinterpretation and lack of thorough understanding.

I am Silvestre González, an Ayurveda physician, expert in physical and energetic body therapies. In this space, I want to share a little about what Ayurveda is, and what this ancient medicinal system is based on. Ayurveda aims to guide us towards balanced health, not limited to our physical body, but also to our mental, emotional and energetic ones.

Ayurveda is a term that comes from Sanskrit and emerges from the roots “Ayus”, which means life, and “Vedas”, which means knowledge – knowledge of life. Its meaning goes deeper than we usually think.

Consider that knowing something is becoming one with that knowledge, making it part of who you are. Life not only refers to physical life but also the subtle one, which is considered not to end when our physical body dies, but rather that it is immortal and continues from life to life carrying with it karmic seeds, in what we know as soul.

This is how, from the understanding of the meaning of its name, we can begin to visualize the scope that the application of Ayurveda knowledge intends to have in us. It delimits the construction of its medicinal system focused on two objectives; to keep our body in a state of health, free from disease, and to show us how to use health on the path to enlightenment.

In this article, I will limit myself to laying the foundations that allow us to understand, in a global but appropriate way, how Ayurveda’s system works to achieve the first one, which is probably the object of common interest among most readers.

Ayurveda considers that the disease is generated as a result of three basic causes. First, an unhealthy relationship between our senses and the objects of their affection – resulting from the interaction between our senses, energetic and physical impressions that are not harmonious with our original constitution, Prakruti. The person who brings into his body that which does not agree with his original constitution is misusing his senses, which causes illness.

Second, Pajnaparadha (failure of intelligence): our intellect is always making decisions, based on what we have learned, inferred and intuited to be true. When we perform actions that we know are not good for our health, they cause diseases.

Finally, Parinama, transformation and decomposition due to time and use. This is based on the understanding that there is a linear and a biological time. The first is static, the second depends on the rhythm of movement of our body – the more we move, and the busier we are, the faster biological time moves, and the more our body wears out.

This medical system applies its knowledge in such a way that we can achieve health through constant work on our life habits, guiding our day-to-day choices based on self-knowledge, and allowing us to fight against the causes of illnesses. It is based on a system of doshas, or tendencies with which we are born (Prakruti), and those that we acquire as a result of our interaction with the whole (Vikruti). We will delve into this in a future article.

In addition to guiding the choice of appropriate lifestyle habits, Ayurveda offers us treatments that include body and/or herbal therapies, which allow us to balance our constitution, or return from imbalance to it. I will be sharing more about them in the coming articles.

Silvestre González is an Ayurveda-oriented Medical Doctor and expert in alternative therapies. Graduated from the Favaloro University of Buenos Aires, Argentina. Postgraduate degree in Ayurveda medicine for health professionals at Maimonides University and Greens Ayurveda Center in Kerala India. He is working at Hotel Capela das Artes (Alcantarilha) in a project named Smart Habits, with his colleague, Aurelien Nuñez, a Functional and Micronutritional Medical Doctor, and a team of therapists, offering consultations, therapies, retreats, yoga, meditation classes and workshops. Instagram: @smart_treatments