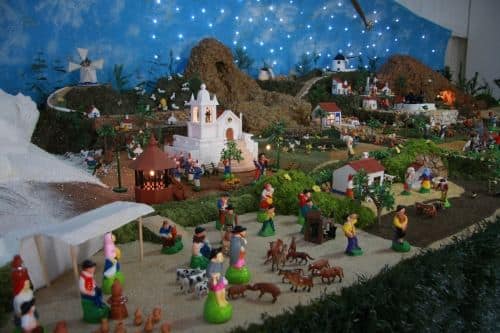 Last weekend’s opening event of the 2011 season calendar at the Autódromo Internacional do Algarve (AIA) near Portimão proved a real corker. A world class field of race bred GT cars was supplemented by some exciting racing from Portuguese championships and the new Mini Challenge.

Heading the event were the thundering FIA GT1 cars. Races were hard fought both in the qualifying race on Saturday and then the championship round on Sunday. Both races proved a battle between Nissan GTR, Aston Martin and Ford GT´s. Overall winners of the main race were the Nissan GTR of Luhr and Krumm.

For many, the most exciting and close racing of the weekend came in GT3. This was the opening round of the 2011 FIA GT3 European championship. Let’s hope the rest of the season gives such good racing. Who would win was far from predictable after qualifying.

The championship organisers work hard to balance the performance between the cars and this year much of the pre season work was done here in the Algarve. The first race on Saturday proved a triumph for BMW Z4’s who took all three first places. There was disappointment for the pole sitting Ferrari 458 of AF Corse which did not start due to software gremlins. Much on track action saw constant place swapping and safety car periods while on track incidents (race speak for crashes) were cleared up.

Sunday’s GT3 was the race of the weekend. Once again incidents abounded. Very neat timing by the Belgian Audi Club Audi R8 LMS of Ide and Franchi enabled them to enter the mandatory pit stop period first under the safety car period. This meant they resumed the race in the lead and position which they maintained to the end. However, given another lap, the hard charging Ferrari 458 of Castellacci and Leo would have won.

The race also featured the first at this level for AIA CEO Paulo Pinheiro, racing once again with British journalist, Roger Green of EVO magazine. Racing a mighty Mercedes AMG SLS GT3 car, they thundered round the track sounding like a WWII plane. Sadly problems with tyre specification and other cars punting them off, limited their efforts. Considering this was their first race at this level, they both performed very well. Do it again!

The GT4 category was dominated by the AIA Racing School Ferrari 360. Suffering some gear selection problems it started from the pit lane on Sunday. José Monroy stormed through the field ably assisted by co-driver Francisco Guedes to a well deserved class win.

Phil Egginton is Managing Director of Peninsula Motorsport, specialist motorsport services company based at the race track, allowing him to experience, first-hand, all the action at the circuit.