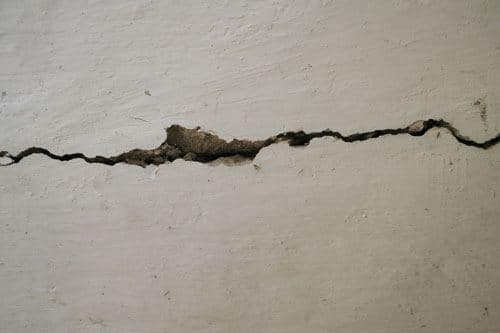 The headquarters of ACP (the automobile club of Portugal) was evacuated last week after the building next door, owned by Espírito Santo property, showed further signs of collapse.
One man was killed and another injured almost two months ago when they were working on the building.
Since then it has remained untouched.
Last weekend, however, ACP personnel noticed huge cracks appearing in walls connecting the buildings.
“They increased to the point you could put your hand through them,” ACP president Carlos Barbosa told Lusa. Thus the decision to evacuate, which involved filing 200 people out on to the street in the middle of the afternoon.
A support wall has since been erected between the two buildings, while a technical assessment is now going ahead.
Meantime, the building has been secured for immediate safety and workers are back at their desks.
Audi dealership also at risk of collapse
The early autumn rains have brought more news of insecure buildings in the capital. As old buildings are known to fall down in Lisbon on a regular basis, this week one in Avenida da República, housing an Audi dealership among other businesses, was evacuated on the pretext that it could collapse “at any moment”.