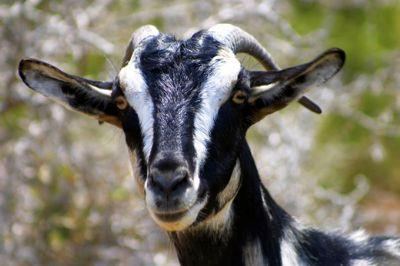 A goat has been detained by police in Nigeria on suspicion of attempted robbery.

Vigilantes took the black and white animal to the police saying it was an armed robber who had used black magic to transform himself into a goat to escape arrest after trying to steal a Mazda 323.

“The group of vigilante men came to report that while they were on patrol they saw some hoodlums attempting to rob a car. They pursued them, however one of them escaped while the other turned into a goat,” said a police spokesman.

He added: “We cannot confirm the story, but the goat is in our custody. We cannot base our information on something mystical. It is something that has to be proved scientifically, that a human being turned into a goat.”

Residents have visited the police station to see the goat and belief in witchcraft is widespread in parts of Nigeria.

Do You Have A View On This Story? Email us at editor@algarveresident.com