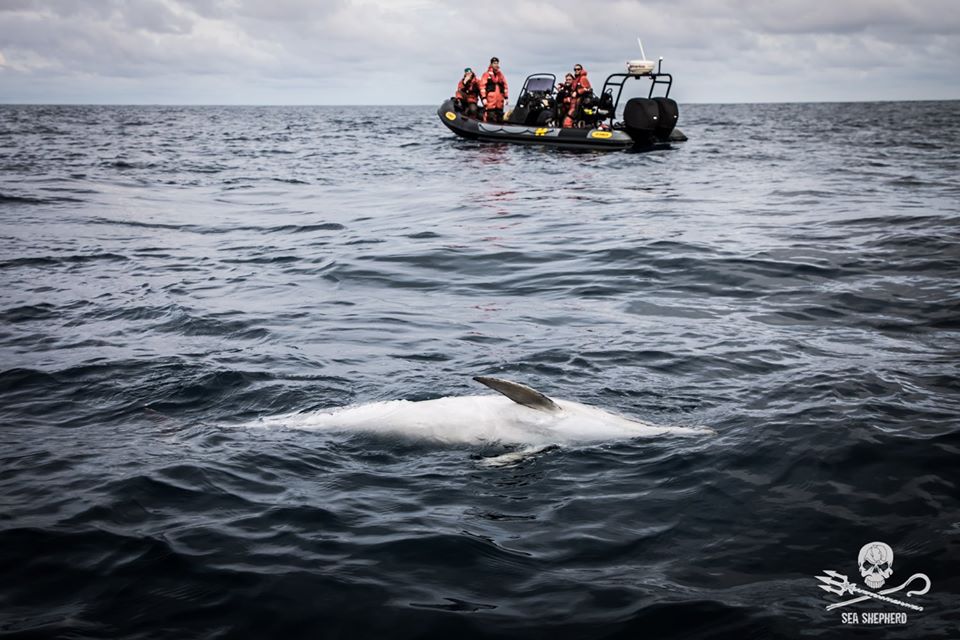 At least a dolphin a day dies in fishermen’s nets in Portugal. The situation means that at least one species, the ‘boto’ dolphin – found particularly in the Douro river estuary – could be extinct in 20 years.

This is the sad conclusion of studies led by the University of Aveiro, where investigator Catarina Eira has been talking to Lusa as the European Commission appeals to the ministers of the sea of 22 member states (Portugal included), to come up with a solution, fast.

Portugal’s dolphin death-toll is at the lower end of the scale – possibly due to the ‘size’ (or lack of it) of its fishing fleet.

But in France, for instance,  last year’s tally of dolphins killed ‘accidentally’ in fishing nets came to 11,000.

Catarina Eira was careful not to explain how the dolphins die – almost certainly because whatever is decided in Brussels will have to involve collaboration with fishing fleets.

But according to the Washington Post – which wrote about this problem recently – dolphin deaths are “mostly caused by drowning or wounds inflicted by fishermen” cutting them loose from their nets.

Said the paper: “Fishing vessels are required to use sound to scare dolphins away from the nets” but some “do not always follow the law”.

Fishermen are also “required to report dolphin captures, but rarely do – and they often get away with it because authorities do not deem enforcement of the law a priority”.

Thus the dilemma – and the rising number of victims.

Says Eira another ‘issue’ is that ‘safe areas’ are declared – like one between Ovar and Marinha Grande in the north – but none of the measures planned for these areas are ever implemented.

‘Pingers’ can be attached to fishing nets as a way of shooing dolphins away – and these have had some success, she said – but they can’t be attached to every boat as this would increase noise levels in the ocean, and repel certain species from their natural habitats.

Virginijus Sinkevičius, Europe’s commissioner for the environment, oceans and fisheries has told minsters for the sea that the levels of accidental dolphin capture are “unacceptable” and “could lead to the extinction of local populations of protected species” – of which Portugal’s boto dolphin is one.

It’s now down to those 22 member states to start to play ball.

Meantime, in France at least, a non-profit organisation going by the name of Sea Shepherd, patrols the coastline trying to raise awareness about dolphin deaths caused by industrial fishing.

Explains the Washington Post, the crew of the boat “is made up of men and women from around the world… a diverse group that includes teachers, journalists, environmentalists and photographers… passionate about preserving the oceans of the world”.