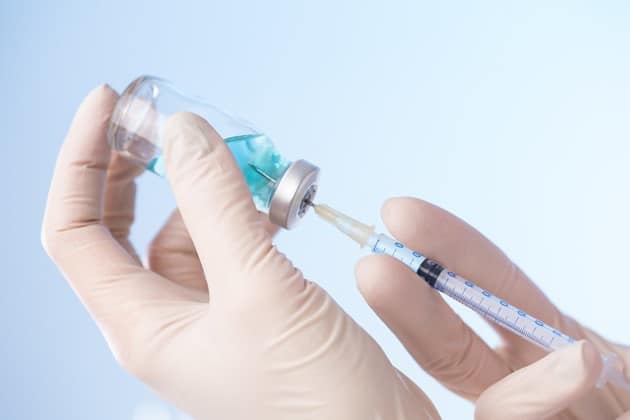 The latest AstraZeneca hiatus has slightly delayed Portugal’s vaccine programme with regard to 201,000 teachers, due to have been vaccinated this coming weekend.

After all kinds of ‘positions assumed’, health authorities admitted last night that as safe as the vaccine may be, it will no longer be administered to people under the age of 60.

Again this has created ‘confusion’ – particularly as different countries are adopting different rules.

The UK for example isn’t vaccinating anyone under the age of 30 with the vaccine that has since changed its name to Vaxzevria (although no-one seems to be calling it that).

France, Canada and Belgium are not vaccinating anyone under the age of 55 with the vaccine, while Denmark isn’t vaccinating anyone full stop until it has concluded its own studies into the very rare cases of people forming blood clots – in some cases, clots that cause their deaths.

Meantime, a 61-year-old woman has died in Portugal following vaccination (we are not told which type). Reports suggest she was already very seriously ill. ARS-N – the regional health administration of the north – is awaiting the results of the autopsy “to ascertain cause of death”- but as the woman was being treated in the palliative care ward of the Centro Hospitalar Universitário de São João perhaps the real question is why was she subjected to the vaccine at all.

Another question among 60-year-olds today is when exactly is the cut off point for those who will receive AstraZeneca/ Vaxzevira and those who won’t? Correio da Manhã seems to have the answer, saying the vaccine will be used in citizens who were born before 1961.

This has been a terrible week for ‘vaccine confidence’. AstraZeneca has been through the mill, but in the United States – where the roll-out so far has only been of Pfizer and Moderna vaccines – there is also unsettling news of deaths and severe illnesses even AFTER people have received their ‘double dose’ (click here). This US story was confirmed to the Resident by a ‘reader from Michigan’ who told us blood clots have also been an issue in the roll-out (click here).

Today, in Odemira, Portugal health minister Marta Temido has been doing her best to allay concerns.

“We never know everything about a new phenomenon, which is a new illness for which the response continues to be vaccination”, she said.

The AstraZeneca/ Vaxzevria vaccine is “secure and effective. There can be an absolutely rare risk in an age group”, she explained.

“We have to have confidence in that which is the evolution of science, that science has a time and we have to accompany that time speaking always the truth and transmitting what we know…”

The minister insisted that the two million people over the age of 60 who have yet to be vaccinated in Portugal should feel confident that vaccination is the best option.

She also revealed that she herself received the AstraZeneca jab (first dose) before this latest furore and has clearly not suffered any adverse consequences. So too have prime minister António Costa and under secretary of state for health António Lacerda Sales.

The big question for authorities now is how to proceed with all those who are due to receive their second doses. For the time being ‘there is no solution’, say reports. The World Health Organisation has admitted it is without data on mixing vaccines; France is said to be ‘studying the use of other brands’; Portugal is ‘waiting to see what everyone else does’.

On a national basis, 400,000 doses of the vaccine have so far been administered, with only one incident of ‘adverse effects’ (and this incident did not involve death).

Europe-wide, there have been 18 fatal blood clots among 62 incidents of clotting in all the millions of doses administered.

Correio da Manhã points out that this vaccine, at €1.78 per dose, is considerably cheaper than Pfizer’s or Moderna’s which cost €15.50 and €15.00 respectively.

As for the 201,000 teachers due to be vaccinated this weekend, vaccine task force coordinator vice-admiral Gouveia e Melo says the campaign will be delayed for one week, and then everyone due a shot will receive an appropriate vaccine (ie if they are younger than 60, it will not be AstraZeneca/ Vaxzevria).

“This won’t cause an impact. We have enough vaccines to continue with our plan”, he said – which is to have 70% of the population inoculated by the summer.

SIDE EFFECTS TO WATCH FOR:

According to DGS health director Graça Freitas, adverse side effects from the AstraZeneca/ VaxZevria vaccine tend to appear within seven to 14 days of receiving the jab. They can include shortness of breath, chest or abdominal pain, the swelling of legs, blurred vision and/ or bruising.

Anyone experiencing any of these symptoms should seek medical help immediately.