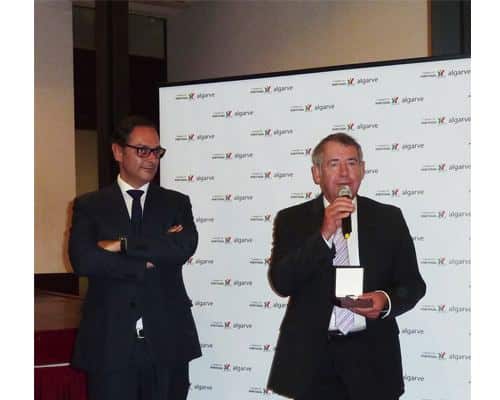 Held at the Escola de Hotelaria e Turismo de Faro on January 18, the ceremony aimed to award businesses and services relevant to tourism in the Algarve.

The ceremony was attended by around 150 people, including the Secretary of State for Tourism, the president of Turismo de Portugal, the Commander of the GNR Faro District Command and the Mayor of Faro.

Safe Communities Algarve was presented with a Medalha de Mérito Turístico (Medal of Merit in Tourism).

Secretary of State for Tourism, Ana Mendes Godinho, said: “I highlight the work of Safe Communities Algarve, which has helped make the Algarve a safe place to stay and visit.”

David Thomas, president of Safe Communities Algarve, thanked Desidério Silva, president of Turismo do Algarve, for recognising the work of the association and for the support of the police forces in helping to make the Algarve a safe destination.

David Thomas was also recently awarded the British Empire Medal (BEM) by her Majesty the Queen in recognition of his “services to crime prevention and awareness within the British and international community in Portugal”.