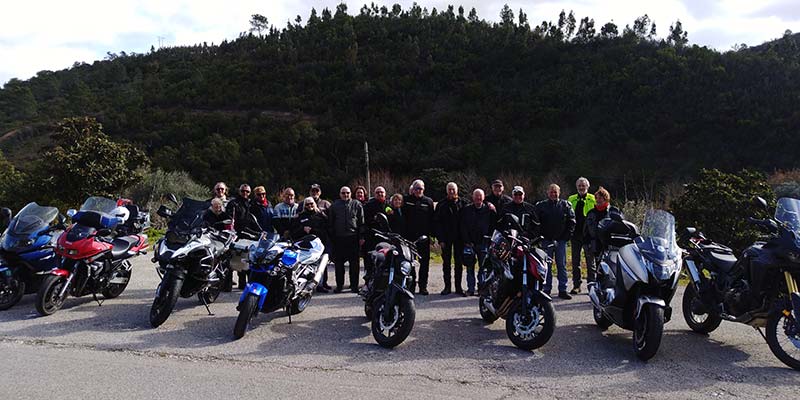 It doesn’t happen very often in the Algarve, but the motorcycle riders of the Algarve Senior Bikers (ASB) had to delve into their wardrobes and find their winter riding gear for the ride on Tuesday, January 22.

Unusually low temperatures, especially in the hills, meant a few extra layers made for a more enjoyable day out.

The bonus of the warm sun occasionally breaking through the clouds was much appreciated in the cold winds.

Meeting in Silves, the route was through the Monchique hills to Marmelete and then on down the scenic road alongside the Barragem da Bravura. The bikers stopped for warm drinks in Romeira before looping round through Bensafrim and down the Pincho valley and on a cross country route to Restaurant A Choupana, near Mexilhoeira Grande, for lunch.

The “excellent turnout” of 30 members was split into two groups. The first one led by David Shirley with the assistance of Phil Smith and the second group led by Michael Jensen who offered to take the lead in the absence of Steve Wills who was unable to take part. Michael was assisted by Peter Kenyon.

Hopefully it will be a bit warmer for the next meeting in February. Details on website shortly – www.algarveseniorbikers.com