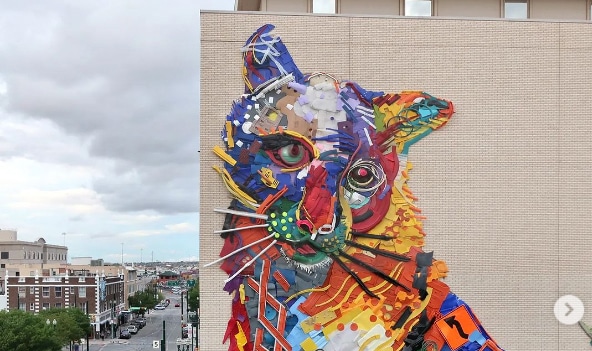 Sculptures made using rubbish and waste

Portuguese artist Bordalo II recently created a 19.5-metre-high installation on the wall of a building in downtown El Paso, in the US state of Texas.

Images of the piece “Plastic Mountain Lion”, which the artist built using rubbish and waste, were shared on Bordalo II’s official Instagram page.

The work belongs to the series “Big Trash Animals”, composed of portraits of animals, which, as the artist explained to Lusa in November 2018, is a “way of making portraits of nature, a composition of the victims with what destroys them”. 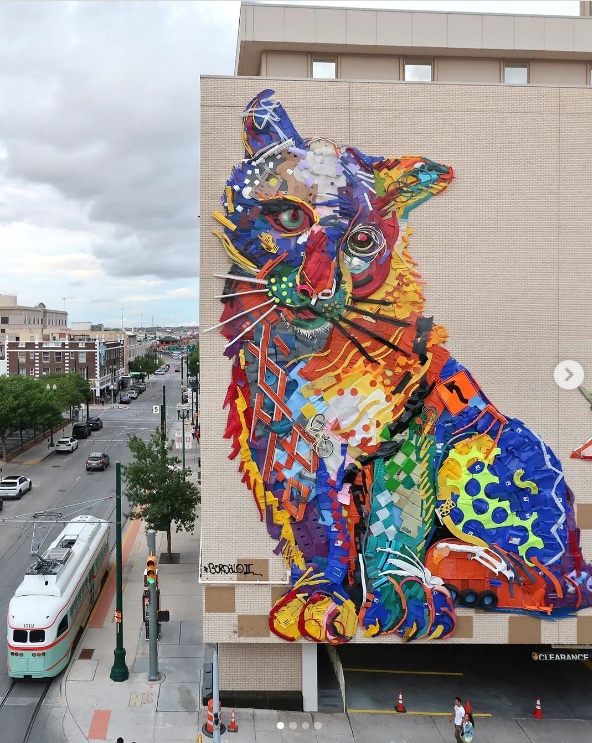 The artist, who was in El Paso at the invitation of the non-profit organisation Green Hope Project, decided to portray in that city an endangered species originating from the Chihuahua Desert in Texas.

The local newspaper El Paso Times reports that Bordalo II and his team worked 12 hours a day over the weekend cutting pieces of used plastic, painting them and screwing them together.

Artur Bordalo (Bordalo II – the first was his grandfather, the artist Real Bordalo), born in Lisbon in 1987, began with ‘graffiti’, which prepared him for the work he became known for: sculptures made using rubbish and waste.

In recent years, Bordalo II has ‘scattered’ animals all over the world.