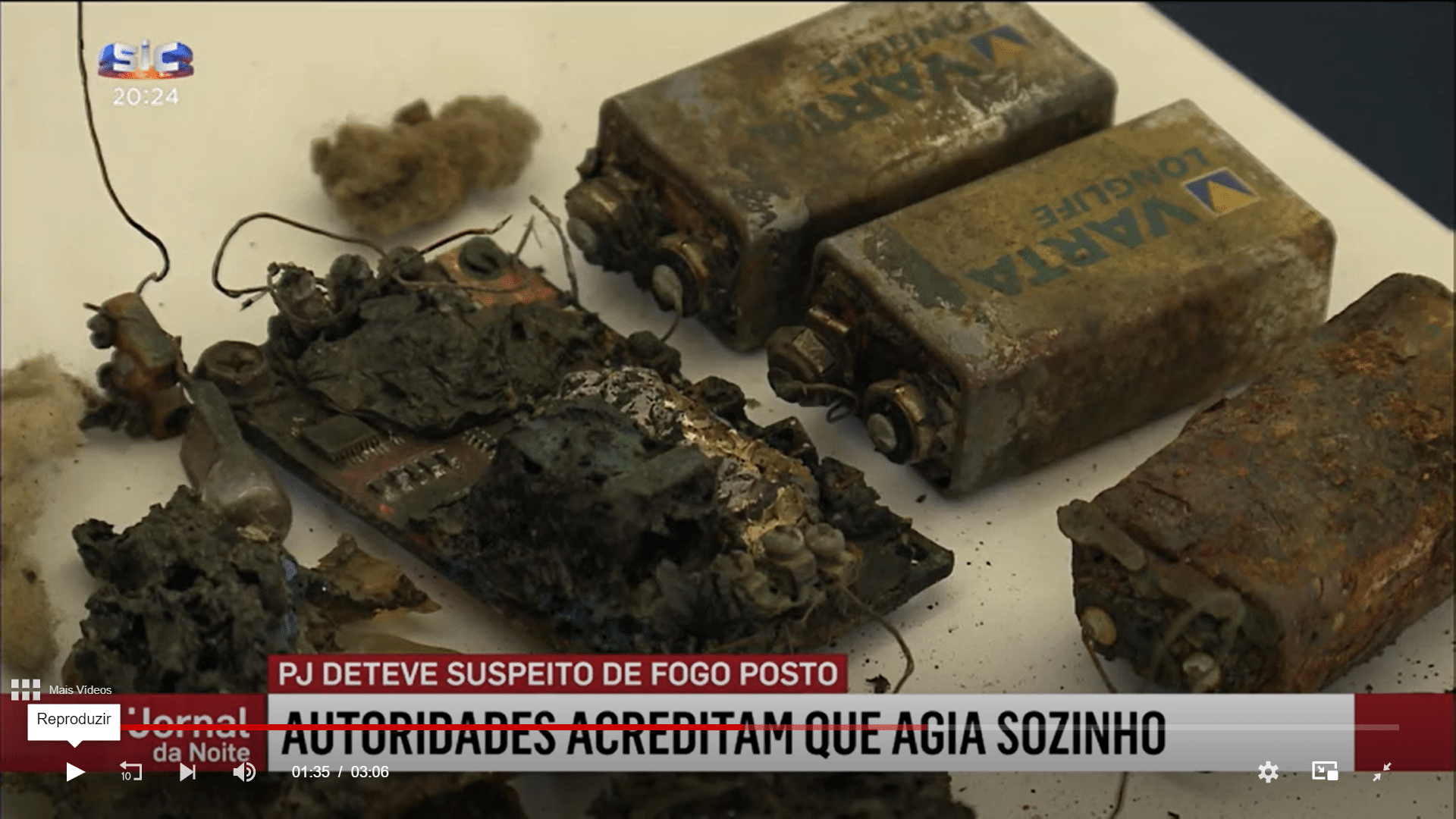 A police investigation started four years ago has finally foiled a fire-raiser in central Portugal with a chilling technique.

As PJ director Carlos Farinha told reporters, it has shown police that profiles used in the past to try and identify arsonists have to be radically revised.

This man was light-years away from the ‘illiterate, unemployed, loner’ who has always been presented as the most likely candidate for fire-raising.

He is an electrotechnical engineer who studied meteorological charts and wind patterns to set his fires, using timers on explosive devices that could be programmed up to 11 days in advance.

The modus operandi was such that he would never be anywhere near an area that suddenly saw a fire explode out of seemingly nothing at all.

The so-far unidentified man, aged 38, made one mistake however. He left clues (in the explosive devices that didn’t burnt out of all recognition). And it was these that ultimately led to his downfall.

Working back through incidents in which devices with battery-operated timers were found among the charred debris, police believe the engineer started becomnig active in the Sertã / Proença-a-Nova region in 2017.

They believe he is almost certainly responsible for 16 forest fires that have consumed thousands of hectares.

He was foiled last Sunday in the wake of four new fires.

Explain reports, “he did not know that he was being tracked by cell phone localisation” – again, ‘methods of investigation that are rare when it comes to arson’.

In other words, police took a leaf out of the arsonist’s book, and changed their approach.