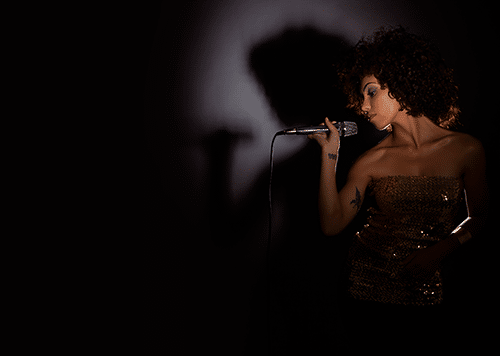 Portuguese creativity at its best

Carpets that were originally made in the village of Arraiolos in the Alentejo are one of the most original manifestations of Portuguese creativity in the manufacture of handicrafts.

However, only recently some research has tried to answer two fundamental questions about the origins of such an artefact: Why did these carpets develop in the village of Arraiolos? And when did this activity start?  We can also add another essential question: What is a ‘genuine ‘Arraiolos carpet?

There are essentially two possible explanations for the location and timing of the carpets’ origins. The favourite explanation connects the origin of the carpets with the expulsion of the non-Christians by D. Manuel I in December 1496.

However, recognising that the loss of a large number of the population that had profited the kingdom would leave a dangerous economic vacuum, the king ordered these communities to convert.

Many did, or tried to, but many Moors and Jews left exposed places, such as Lisbon, where they would be under religious scrutiny, and started making their way south towards North Africa. It is known that under royal patronage carpets were made by Moors in Lisbon before the 16th C.

There is also evidence that Jews were engaged in all the activities involved in carpet making.  Although there is at the moment no evidence that either Moors or Jews settled in Arraiolos at the end of the 15th C, it can only be surmised that this is a plausible conjecture.

We can also add that all known evidence, including the oldest remaining samples of rugs made in the Arraiolos village, points to heavy oriental design and that, as we will see shortly, other explanations are even less plausible.

Arraiolos was rich in raw materials needed for carpet making, such as wool due to the very large number of sheep flocks, and  all the plants needed to dye the wool could also be found in that region.

So we can speculate that the refugees found a place remote enough, providing them with the possibility of using their skills.

Furthermore, it would be a great advantage for the local population to have an outlet for the large production of wool, as well as the incentive to develop other linked professional activities, such as spinning, fulling, dyeing and weaving.

The only other explanation offered is that the first Arraiolos carpets were copies of rugs imported from the new vast Portuguese eastern empire, undertaken in the local convents by the nuns, notorious for their embroidery skills.

This hypothesis is re-enforced by the fact that a large number of old Arraiolos carpets were found in the convents of the Alentejo. There are, however, serious doubts as to the plausibility of this explanation.

Firstly, the fact that the carpets were in the convents does not necessarily mean that they were made there. It was customary for noble women that entered religious vows to take a trousseau with them and this could include the already rather valuable rugs.

In addition, these convents were rather small, and would have been impossible for them to have the facilities and the raw materials needed to undertake the rather skilful art of dying.

Anyway, some recent archaeological evidence points to the possibility that all the dying was carried out at Arraiolos.

This new evidence emerged only in August 2002 and is still not fully understood.  A number of pits carved into granite were discovered when restoration work was carried out at the historical centre of Arraiolos.

All in all so far 95 pits with a diameter of 1.50 to 2 metres have been discovered and 10 have been excavated. Spoil within these pits dates from the 14th C and 15th C, and therefore pre-date buildings on the same area that were built on the 16th C.

After rigorous analysis, red wool fibres were found. There were also vestiges of pine resin used to line cavities to make them impermeable.

There is little doubt that these pits were used to dye wool as the overall configuration is identical to some which are still in use in North Africa and it also points to a very extensive activity.

Much more documentary and archaeological research is needed as this discovery raises many questions. These pits pre-date the expulsion of the non-Christians and may point to the manufacture of carpets prior to this period.

This could re-enforce either of the two explanations of the carpets origin: The religious refugees established themselves in Arraiolos as there was already a developed manufacture and they joined skills with the locals, or it could entirely dismiss the idea of refugees and support the view that local carpet makers introduced oriental style design as copies of carpets that were being brought into Portugal from the eastern explorations.

In the next article I will look at carpet dating, design and preservation of the traditional technique.

Rachel Barnard first became interested in the Arraiolos carpets on a strictly aesthetic basis more than 20 years ago when she first purchased one. Since then she has used her academic experience as a lecturer of politics at the University of Westminster to research the subject. She recently gave a talk on Arraiolos carpets at the Tavira Municipal Library.
3″>features