Portugal Resident
Home Portugal News Around 200 digital nomad visas issued in just two and a half... 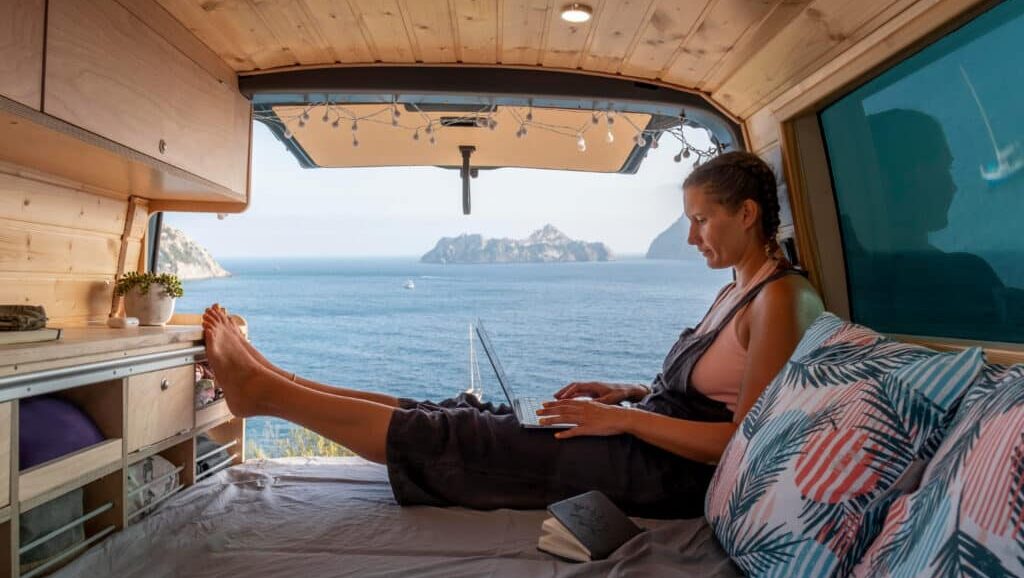 In just two and a half months 200 people have taken advantage of the Portuguese government’s new ‘digital nomad visa’ – the majority of them citizens of the United Kingdom, United States and Brazil.

The beauty of this visa is that it gives applicants a foot through the door to permanent residency.

If they like the year they are entitled to spend in Portugal, they can immediately apply for ‘the next step’ which could see them issued with a five-year residency – and after that, as many long-term residents know, it doesn’t take long to receive permanent residency, renewable every 10 years.

As a number of websites explain, digital nomads do not have to show anything like the level of wealth required from applicants for ‘golden visas’.

If applicants work for a company (not themselves) “the rules are the same, but they may present as proof a work contract, the promise of a contract or a statement from their employers proving the employment relationship”.

Truth be told, the government is falling over itself trying to concede visas to aspirant new residents from outside Schengen Space.

Before this new visa, remote workers really only had the choice of D7 visas (more geared towards retirees, and those with passive incomes) and golden visas.

Lusa news agency writes that it has tried to find out how many of the 200 ‘digital nomad visas awarded’ so far transferred from the D7 process “but did not receive an answer”.

Lisbon and Madeira meantime are the two destinations in the top 10 of NomadList, a platform-barometer of the movements of digital nomads.

Since the acceleration of remote working with the pandemic, more and more countries are offering visas with a view to attracting and retaining workers and entrepreneurs with sources of income higher than the national average, adds Lusa.

In addition to allowing a longer period of stay, most often up to a year, many of these permits offer tax benefits, which has generated dissatisfaction among residents.

As the name suggests, digital nomads travel from country to country and do not always require visas to do so, often opting to leave the borders and return a few days later, using tourist visas, for example.

According to data sent to PÚBLICO by Porto City Hall, a digital nomad stays in the city an average of seven nights (a tourist stays 2.1 nights). The figures are an estimate of the number of visits by digital nomads based on the number of trips registered by members of Nomad List, a paid platform, says city hall.

The highest average stay in Portugal is in Madeira, where there is a “village” for digital nomads in Ponte do Sol in partnership with the regional government.

Worldwide, the platform shows, most digital nomads (59%) stay in a country between seven and 30 days. The average stay, however, is eight months.