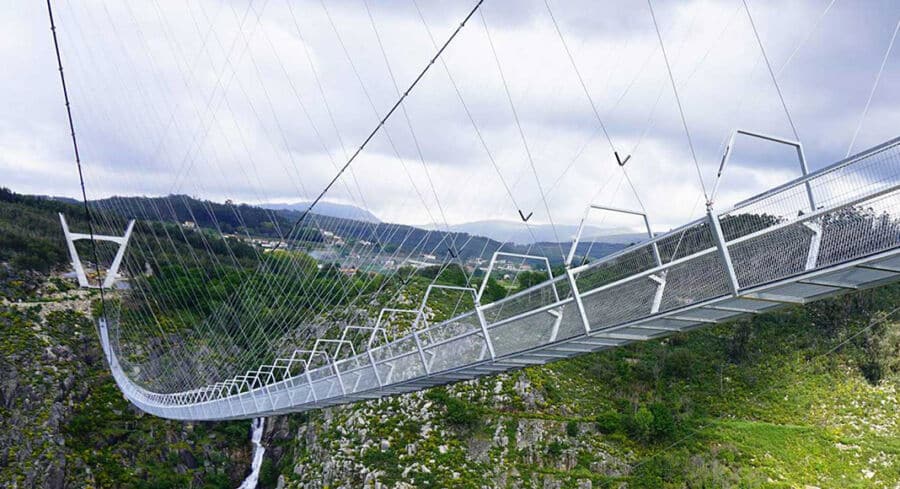 The longest pedestrian suspension bridge in the world – a feat of both architecture and engineering – has finally opened in Portugal.

Right now ‘516 Arouca’ (named for being 516 metres long) is only accessible to the citizens of its own borough: Arouca in the north. But from Sunday it will be ready for all-comers.

The incredible metal structure built using steel cables was due to have opened in October 2020, but thanks to the pandemic, the date was consistently pushed backwards.

Now at last it is ready to power adventure tourism in the area which is already hugely popular with visitors due to its outstanding natural beauty.

Last year the UK Sun called it a “terrifying new attraction” due to its see-through bottom. The idea is that users will feel “like they are walking on nothing”.

Tickets for the experience can be reserved online via www.516arouca.pt. They cost €12 for the general population, €10 for 6-17 year olds, and under-6s go free. Students ‘independent of their age’ will be asked to pay €10 as long as they can show proof that they are students. Residents of Arouca meantime are allowed to use the bridge without charge.