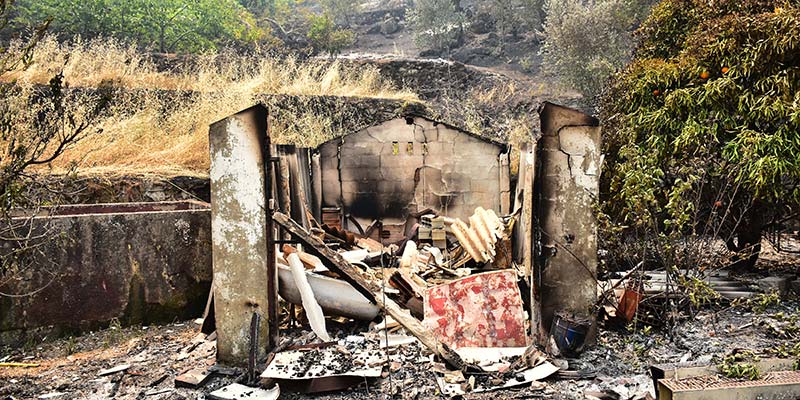 A group of architects has volunteered to help rebuild the houses that were affected or destroyed by the wildfire that ravaged many parts of Monchique in the summer of 2018.

Architects will work ‘pro-bono’ in many cases by helping create the projects for the reconstruction of damaged or destroyed houses.

The decision was made official this week following the signing of a protocol between Monchique Council and the Ordem dos Arquitetos (Architects’ Association).

The aid will be provided through the Arquitetos Voluntários de Apoio a Emergências (Volunteer Architects Emergency Support) programme which was created in 2017 following the devastating wildfires that ripped through central Portugal, mainly in Pedrógão Grande in Leiria.

However, their attempt to aid the rebuilding efforts in the area was unsuccessful.

Paula Torgal, president of the association’s southern section, did not go into detail about the reasons, saying only that one of the issues was the existence of “too many bureaucratic problems”.

Hopes are that the case will be different in Monchique, where architects have already been providing support since shortly after the fire.

Mayor Rui André explains that their support is “important to help rebuild houses and provide them with the needed comfort”.

André said that nearly all the homes that were affected by the 2018 wildfire are being “recovered at a reasonable rate although slower than initially predicted”.

“We have six cases that are slightly behind schedule, in which the council might have to take over the cases as the people do not have the ability to do so on their own,” he said.

The mayor also hopes that the rebuilding efforts will be completed by next summer.

Also underway is a project that will see Monchique Council and the Ordem dos Arquitetos challenging national architects to develop a “fire-resistant” house which could help prevent the kind of damage that was caused in Monchique.

According to architect Pedro Hébil, a house of this kind could allow people to “protect themselves from the fire inside the house instead of having to leave it”.
The initiative should be completed and ready to be launched at the end of the year.