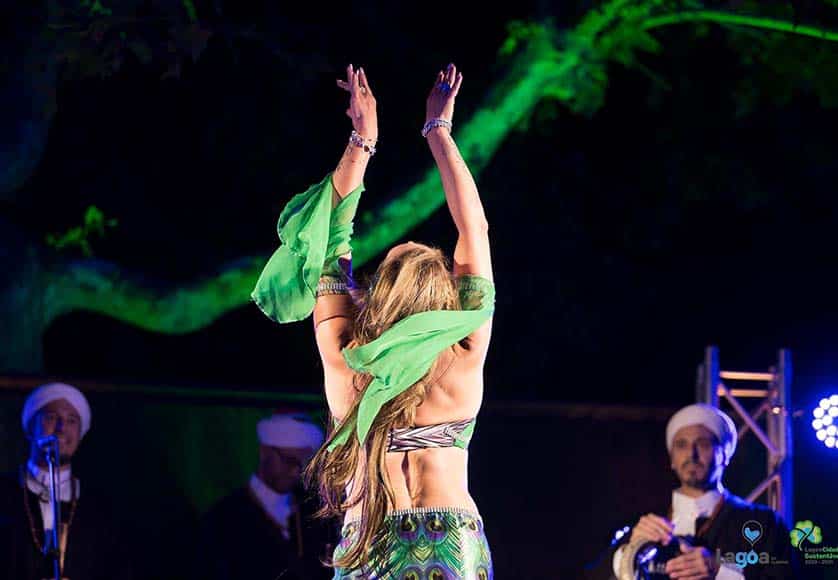 February will mark the return of the Al-Mutamid Music Festival, which will bring traditional Arab music to several towns in the Algarve and further north.

The festival will feature performances by “different groups specialised in the sounds of Al-Andalus, but also the music and dances of the Middle East, Maghreb and Eastern Mediterranean”.

The performances will be held in Loulé, Lagos, Albufeira, Lagoa, Silves, Santiago do Cacém, Almada and Leiria, which are part of the territory “formerly known as Al-Andalus during the time of Al-Mutamid”.

The first show will bring Moroccan and Spanish collective Ahlamu Zahar and its Arab, Hebrew and Sephardic music to the Cultural Centre of Lagos on February 10 at 9.30pm. Tickets cost €10 and can be purchased online.

Arab music and Oriental dancing will be the hallmarks of two shows by Al-Maram (Morocco, Iraq and Argelia) at the municipal auditoriums of Albufeira (February 17) and Santiago do Cacém (February 18), while Muhsilwan (Morocco, Sudan and Guinea-Conakry), known for its Afro-Arab music and dance, will take the stage at the Fernando Lopes-Graça auditorium in Almada on February 18.

Lagoa will be the next town to host a performance, with Sufi Soul Ensemble – which comprises performers from Tunisia, Morocco and Syria – due to perform at the Carlos do Carmo auditorium on February 25.

Ahlamu Zahar’s second performance in the festival will be at the Intercultural Dialogue Centre in Leiria on February 26, while Monia Abdelali from Tunisia will perform at the Mascarenhas Gregório Theatre in Silves on March 11.

The last show of the festival will be held at Cine-Teatro Louletano in Loulé on March 17, featuring Funún That (Morocco, Syria and Spain).

The event is described as a tribute to King Al-Mutamid, the son and successor to the King of Seville, Al Mutadid.

Born as Muhammad Ibn Abbad in Beja in 1040, Al-Mutamid was named governor of Silves when he was just 12 years old, having ascended in 1069 to the throne of Seville, “the strongest kingdom among those that were created in Al-Andalus after the fall of the Cordoba caliphate”.

In 1088, he was dethroned by the Almoravids and fled to Agmat, south of Marrakech, where he would die in 1095.

His grave, which remains preserved until today, has become a “symbol of the most beautiful times of Al-Andalus,” organisers Ibérica Eventos say.

For further information about the festival, visit https://www.facebook.com/FestivalMusicaAlMutamid