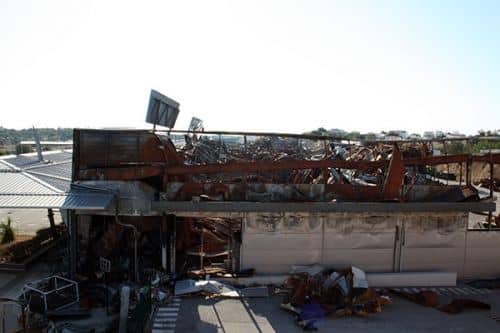 There are very few events in the commercial world that generate the kind of hype that surrounds an Apple product launch. Last Wednesday’s long-anticipated iPhone 5 announcement was no exception, with hundreds of news services around the world racing to be among the first to relay the details. But now that a few days have passed and the dust has settled the question remains – does iPhone 5 live up to expectations?

There’s no denying that the original iPhone, released in 2007, changed the direction of the mobile phone market with many competitors’ offerings now looking – and working – notably more like the iPhone than they do their previous models. However, there is also no denying that some of these phones, such as Samsung’s Galaxy S III, have surpassed the iPhone in areas such as screen size and included features. Does Apple still have the formula right? Or has iPhone had its day?

The iPhone 5 is the thinnest and lightest iPhone ever, completely redesigned and precision-engineered in an anodized aluminium chassis, housing a larger 4-inch Retina multitouch display. It is nearly 20% thinner and lighter than the iPhone 4S making it the thinnest smartphone in the world.

It is made with a level of precision you’d expect from a finely crafted wristwatch – never before seen in a mobile phone. This new design includes more screen real-estate, but less glass overall than the two previous iPhone models – better for the less dextrous among us.

The new screen has a resolution of 1136 x 640 (at a staggering 326 pixels per inch) giving it a 16:9 ratio – the same as your widescreen television. This has obvious advantages for watching video and displaying more content but Apple refused to go any larger than this, pointing out that the iPhone can be still comfortably operated using only one hand – a claim that cannot be made by the 4.8-inch Galaxy.

The larger screen and highly engineered body are not the only marked improvements. The iPhone 5 also features a new Apple-designed Dual Core 1GHz A6 processor with 1GB RAM. This makes it twice as fast as the iPhone 4S and very capable of running iOS 6 – the new iPhone and iPad operating system.

iOS 6 boasts 200 new features over its predecessor – many of them subtle, but some very dramatic. For example, previous versions of iOS had Google Maps built in for navigation but this has now been replaced with Apple’s own Maps app. This new app contains some impressive features such as turn-by-turn navigation and real-time traffic info, both of which include support for Portugal from day one.

The aging 30-pin dock connector has now been replaced by a smaller all-digital connection which Apple is calling Lightning. An adaptor is available separately to allow you to continue to use your existing accessories. The standard earphones have been replaced by the new custom-designed EarPods which Apple claims provide superior comfort and sound reproduction.

Apple claims that the iPhone delivers up to eight hours of continuous talk time, 10 hours of video viewing or 40 hours of audio playback – a truly remarkable feat in such a slim lightweight device. Using Apple’s App Store the iPhone can take advantage of the over 700,000 applications available for download, making it the most versatile and supported of all handheld devices on the market. Truly this is not just another mobile phone in a pretty new case, with a bigger screen and new gimmicky features. The iPhone 5 genuinely takes build quality and fit and finish in portable consumer electronics to a whole new level.

iPhone 5 will be available in Portugal from September 28. Place your orders early with Apple or your mobile phone vendor to avoid disappointment.