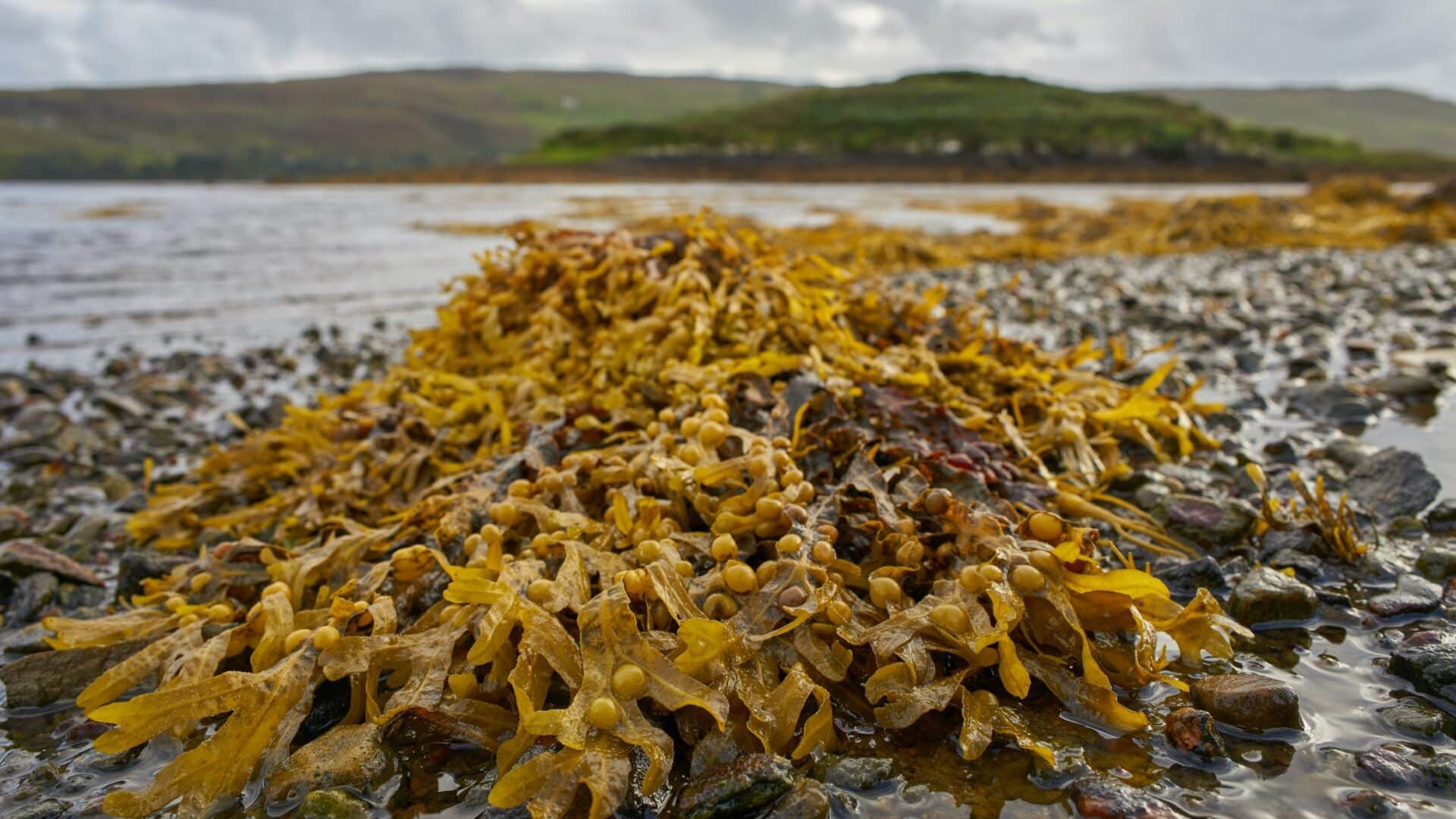 Pesticides can be substituted by ‘invasive seaweed’

Portugal’s red hot ‘apples and pears pesticides debate’ has found investigators thundering over the horizon saying they can substitute unhealthy chemicals used in the production process with invasive seaweed.

But moving swiftly on from Maria de Céu Antune’s attempt at white (or was it green?) washing the potentially harmful use of pesticides in fruit production, Lusa reports that the findings of an international consortium could be much more beneficial to society than simply turning a deaf ear to years of painstaking research.

Marco Lemos, leading ‘project Orchestra’ (see below), explains: “With the knowledge that we have, we can develop biotechnological solutions for the use of compounds that (marine algae/ seaweeds) produce to resolve critical problems in agriculture, like some bacteria and fungi that cause serious economic losses”.

Working out of Leiria Polytechnic and an investigator with MARE (centre for sciences of the sea and environment) in Peniche, Lemos says use of marine algae is the most sustainable and natural alternative to the use of potentially harmful pesticides, and can also “contribute to better quality fruit”.

The MARE team has been working for the past year with four types of seaweed found between Peniche and Viana do Castelo.

Compounds from the selection have already proved “the capacity to eliminate fungi responsible for a number of fruit diseases”.

Trials have been conducted on plants in greenhouses, and specialists are now at the point of being able to create natural fungicides for apples and pears.

According to Lemos, even the extraction of these weeds from the sea “contributes to a better marine environment” because they are essentially invasive species “affecting biodiversity” as well as putting swimmers off (due to few enjoying a dip into marine algae).

The goal of Orchestra is to “add-value to invasive seaweed through a circular economy biorefinery pipeline, applied to provide solutions to pear and apple cultivars, improving the value chain, with sustainable, eco-efficient, and socially responsible practices”.

Says Lusa the research seeks to enhance the fruit and veg sector “which represents 14% of the value of agricultural production in the EU, promoting the replacement of current pesticides identified as risk factors for the environment and public health”.

Lusa adds that pesticides are recognised as “reducing the nutritional quality of fruit”.

Orchestra is financed to the tune of a million euros by the Compete 2020 programme and the Foundation for Science and Technology.

The ‘international consortium’ is made up of fruit and vegetable company Campotec, Leiria and Cávado e Ave polytechnics, the Technological University of Shannon (Ireland) and the University of Vorarlberg (Austria).

As Lusa recalls, Portuguese apples and pears have been found to be the fruit most containing pesticides in this country, with roughly a third of all samples showing ‘contamination’ with chemicals “which should have been banned in Europe, for health reasons”.