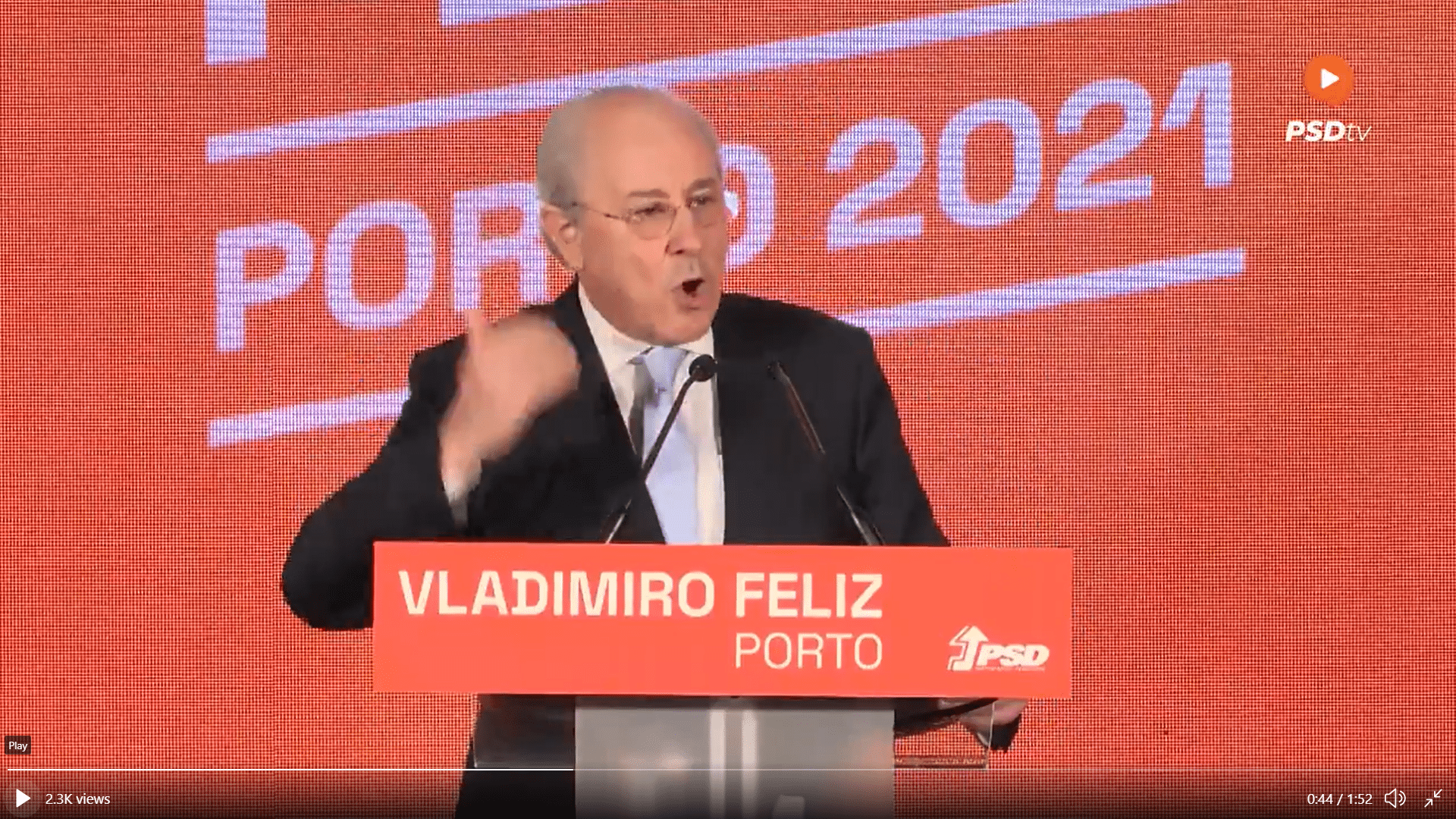 With various arrests – and one policeman requiring stitches to his face as a result the incidents in Porto last night, fall-out from the catastrophic ‘organisation’ behind the Champions League final has been blistering.

Opposition leader Rui Rio is demanding the government – as well as the city council of Porto – apologise “to the Portuguese people” for allowing the situation to run so dangerously out of control “in the midst of the fight against the pandemic”.

Thousands of fans eschewed the most ‘basic’ rules of mask wearing and physical distancing, partying in city streets up to two days ahead of the match, drinking to excess, shouting, chanting, singing – doing almost everything populations have been advised against ‘to keep others safe’.

Today, as the majority of the British who flew in for the match have already left, four fans have been bound to appear before a magistrate on Monday, two for “agressions to police” and two others for counterfeiting sports equipment.

It is not explained if the four are likely to turn-up, or whether they have already left the country.

But “many” of the thousands who flew into Porto this week are still in Portugal – a reminder that the government’s ‘plan’ for the game to play out in a ‘sanitary bubble’ was never anything but expedient verbiage.

As president for tourism of the north Luís Pedro Martins has already explained, the plan ‘could never have worked’, as the airport doesn’t have the capacity to fly 16,500 fans in and out in a 24-hour period.

Tweeting in the early hours of this morning, Rui Rio said: “The government and the Câmara of Porto should apologise to the Portuguese people who, deprived of so much, have witnessed this shame in the midst of fighting the pandemic. They have learnt nothing from what happened in Lisbon (a reference to the mob that gathered during the Premier League game between Sporting and Boavista click here). Today was much worse. Lots of political talk… little action”.

Late night news shows saw multiple commentators saying much the same. One put the day into context: “we have seen police patrolling beaches, threatening Portuguese people with fines of up to €100 for not wearing their masks, or not adhering to rules of physical distancing, but in Porto British football fans can do anything they like, including drinking alcohol in the streets” (another ‘no-no’ since the start of the pandemic, again punishable with stiff fines if people are Portuguese nationals or residents).

With key government figures keeping out of the picture, Minister for the presidency Mariana Vieira da Silva – the member of the executive who initially described the ‘sanitary bubble’, that would ensure fans arrived, went straight to the stadium, and then returned to the airport to fly home again – has reportedly ‘refused’ journalists’ request for a comment. Thus, the controversy looks set to rage well into the week.

President Marcelo has already shown how he feels (click here). This has been a politically disastrous exercise which may well bring repercussions from the point of view of infections.

For now, SNS health authorities are “recommending vigilance” of all those who attended the game and/ or came into contact with British fans. They are also advising people in this situation to ‘reduce personal contacts’ for the next 14 days.

In a statement, the regional health authority of the north stressed that “health authorities will keep monitoring the epidemiological situation, adjusting intervention in public health according to risk assessment”.

What that actually means in practice, we will have to wait and see. But it doesn’t augur well for the citizens of Porto.

Meantime, today’s Covid bulletin has recorded no deaths in the last 24-hours, a reduced number of new cases (very possibly because this is a weekend, and testing is never up to speed at weekends) but a new intake of people into hospital.

The worst of the weekend’s excesses is that Portugal had just reached a point where politicians appeared to be pushing for a relaxing of restrictions on the basis that ‘risks’ have reduced dramatically.

In UK, papers alluded to another aspect that has rankled: the fact that Portuguese fans are still not allowed to attend football games here, ‘due to the pandemic’.

It’s just another indication of how badly authorities calculated this weekend. The Guardian, for example, cited commentators saying they ‘would not comply with any more lockdowns’ in the face of such double-standards.

The Resident received an ‘eye-witness account’ from one fan who attended the game last night. He told us:

“British people arriving to game had masks on, but after 15 mins most of them didn’t wear a mask. It was the Portugese who wore their masks.

“Security did nothing to make supporters obey COVID rules.

“It all totally got out of hand”.