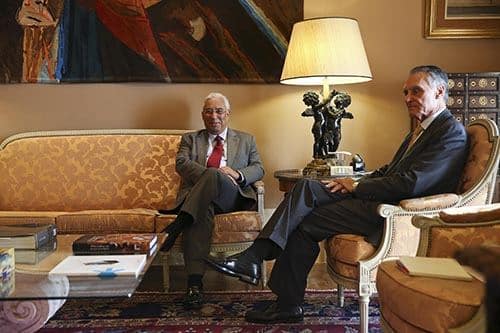 Thousands of drivers took part in a protest on March 19 against the introduction of tolls on the A22-Via do Infante.

The protest, under the slogan Algarve Livre sem Portagens (Algarve Free of Tolls), organised by the Algarve – Portagens na A22 NÃO (Algarve – No Tolls on the A22) group and the Comissão de Utentes da A22 (A22 users’ commission) began at around 4pm, with participants setting off from four different locations across the Algarve: Parque das Feiras in Portimão, Vale Paraíso near Albufeira, Parque das Cidades between Loulé and Faro, and at Altura in Castro Marim council.

The go-slow lasted nearly three hours on both carriageways of the motorway, ending at Parque das Cidades in Faro

According to the organisers, the protest exceeded their expectations, showing the discontent among the Algarve population at the Government’s measure to introduce tolls in the region.

Hundreds of vehicles formed queues of more than five kilometres in both directions of the A22, closely watched and followed by several GNR police patrols who prevented the planned standstill by the access junction of the A2.

João Vasconcelos, one of the founders of the A22 users’ commission, highlighted the large number of motorists involved in the protest and said that they are not going to give up the fight.

He told the Algarve Resident: “The economic crisis in the region is getting worse by the day with the closure of several tourism businesses. The tolls will only aggravate the situation and the Government cannot ignore our protests.

“There will be more people losing their jobs in a region that has the highest unemployment rate in the country as well as more accidents and deaths on the ‘road of death’ (the EN125).”

Members of the Algarve – Portagens na A22 NÃO group told the Algarve Resident that more than 8,000 people took part in the protest in more than 1,000 passenger cars and heavy vehicles and 100 motorcycles from the Faro Moto Clube.

Also participating were Mayors Manuel da Luz of Portimão, Macário Correia of Faro and Desidério Silva of Albufeira, among other public figures and businessmen.

Desidério Silva, in an interview with Portuguese television channel SIC, said: “The number of Spanish tourists increased by 10% in the Algarve last year, half of this figure in the Albufeira council. This market has been vital for us but if tolls are implemented I fear that all our work will go down the drain.”

Meanwhile, a new protest is scheduled for April 8, on the Guadiana Bridge in Vila Real de Santo António near the Spanish border.

The protest will extend to the municipalities of Castro Marim, Vila Real de Santo António and Andalusia in Spain, to alert people of the difficulties that the Spanish will face when crossing the border.

João Vasconcelos also said that the A22 users’ commission is planning to block access to Faro airport on the day tolls are introduced.

Meanwhile, the president of the Algarve Tourism Board (ERTA) António Pina was due to meet with the Secretary of State for Public Works and Communications, Paulo Campos, yesterday (Thursday) to discuss the introduction of tolls on the A22. António Pina is against the measure that is set to start on April 15.