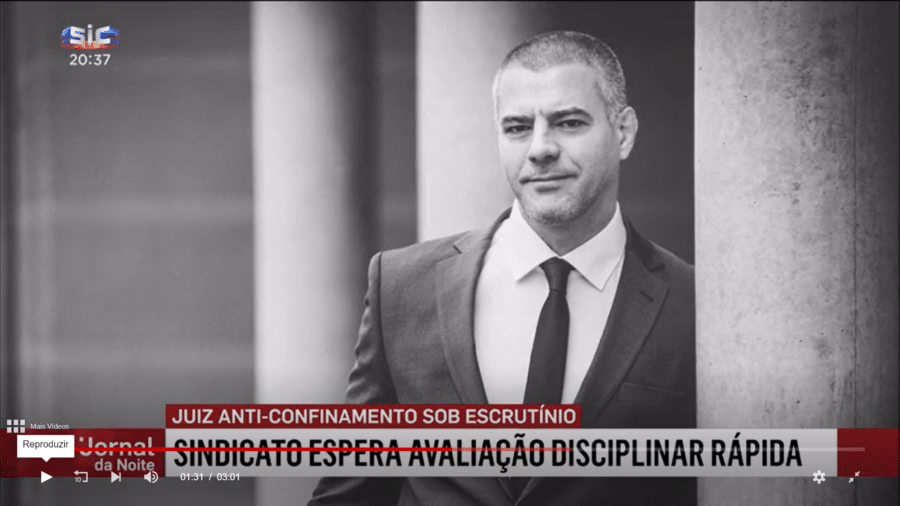 Anti-lockdown magistrate Rui Fonseca e Castro has been suspended by his profession’s regulatory body, the Superior Council of Magistrature.

A judge at the Tribunal de Odemira, Fonseca e Castro has become an alternative voice in Portugal since the government started imposing restrictions in the fight against Covid-19.

His ‘Juristas pela Verdade’ social media page has got over 18,000 followers – and his regular video clips decrying situations and encouraging people to stand up for their rights are avidly shared.

But his involvement in last Saturday’s freedom protest in Lisbon seems to have been the ‘last straw’ for authorities which have now moved forwards with a disciplinary inquiry against him.

Expresso describes the lead-up to today’s decision as “excessive noise caused by controversial declarations of the magistrate” who, the paper says, “leads a negationist movement named Habeas Corpus” (Habeas Corpus being the legal recourse through which people can report unlawful imprisonment).

Says Expresso, “there are strong indications that the investigated conduct constitutes an infraction. Its continuity could be prejudicial to the judicial function”.

This all means Rui Fonseca e Castro will be ‘suspended’, possibly without pay, for a maximum period of 180 days, to which another 60 days could be added “in exceptional situations”.

The legal maverick has already blamed various figures in the so-called elite for the investigation being carried out against him, but it is not looking ‘good’. SIC television news carried a report last night, including a conversation with the president of Portugal’s syndicate of judges Manuel Soares who stressed that “a judge cannot appeal for civil disobedience” in the way it appears Rui Fonseca e Castro has.

For now, the Superior Council of Magistrature is ‘reviewing’ the situation and the complaint it says it has received to decide whether or not Rui Fonseca e Castro should return to his post.