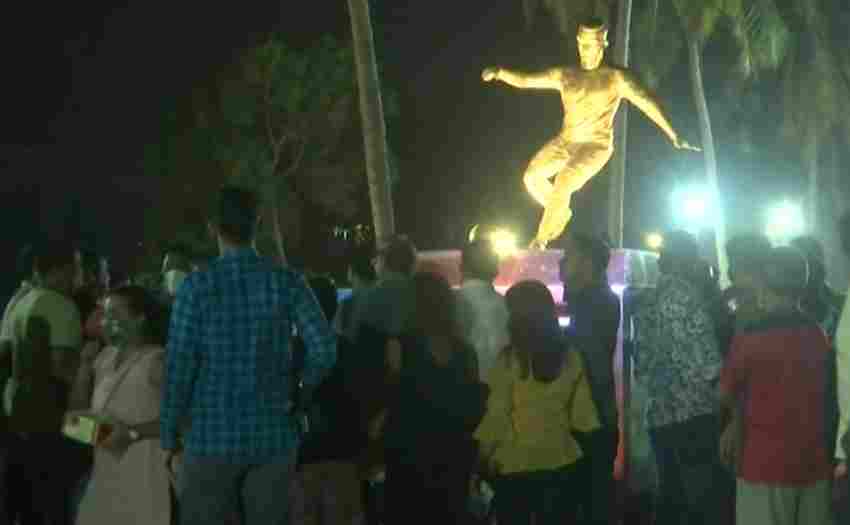 Yet another sculpture of iconic Portuguese footballer Cristiano Ronaldo has been unveiled, only to receive a thorough pasting. The first two caused uproar: one due to the size of sculpted Ronaldo’s private parts (click here) the other because it managed to transform a face that could launch a thousand ships into one that could have torpedoed them (click here). This one, in Goa, is upsetting people simply because it IS Ronaldo, and not a local player. Goan ‘activists’ call the whole thing “sacrilegious”, while the Indian government has said the objective was to inspire young Goans to emulate the Portuguese footballing hero, not cause dismay. Goa is a former Portuguese colony and one of the few areas in India where football is more popular than cricket.