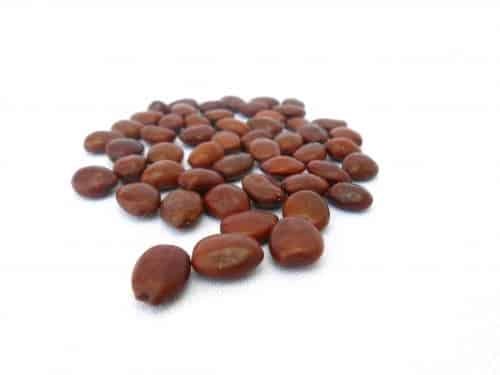 Annie, an old Portuguese donkey, was rescued by the Donkey Sanctuary in Estombar at the beginning of September.

She had been working all her life in Ourique and when she arrived she had very long hoofs and terrible injuries on her legs, back and underside caused by the laying of fly eggs in open wounds.

The Donkey Sanctuary began the long and expensive task of treating her. One of the first jobs was to cut her hoofs. If left untreated, donkey hoofs can grow extremely long curving up into their legs which causes leg strain and cripples the donkeys making it difficult to walk.

Not having been able to walk properly for some time, Annie’s leg muscles and tendons needed to adjust and so she would spend most of her time lying down.

Annie was treated with antibiotic injections, vitamins, worming tablets and she was given extra food rations to try to increase her weight.

Soon after her arrival, the Sanctuary took in another female donkey from Monchique called Gertie, who in contrast to Annie, was in a good condition.

Both donkeys became friends and were put together. Donkeys usually like to be in pairs and, at the Sanctuary, they have their preferences about who they like to be with.

A home was found for them together and, as soon as Annie was recovered, they would have been re-homed to enjoy their retirement.

This story is typical of the donkeys that arrive in poor condition at the Sanctuary. What makes Annie’s story different is Ozzie.

Ozzie, a young dog who has been at the Sanctuary since being abandoned as a puppy, took an instant shine to Annie and decided to ‘adopt’ her.

He moved himself into the stable and from then on refused to leave Annie’s side and, much to everyone’s amazement, he began to care for her.

He would regularly lick her wounds and whenever Annie stood up, Ozzie, with his teeth, gently removed bits of straw that were stuck to her sores and then proceeded to clean them which was a great help but also meant that he was licking off the healing cream!

Ozzie spent most of the days in September and October jumping around trying to catch all the flies that were so intense at this time, snapping at any that dared to land on Annie.

Whenever he could, Ozzie would lick around Annie’s eyes and stick his long thin muzzle inside her ears to clean them. He would then scrape at the straw on the floor flicking it onto Annie attempting to cover her up before lying down to watch over her.

It was the most amazing thing to witness, although we are not sure that Annie enjoyed all this attention!

One day, much to everyone’s concern, Ozzie caught a large male duck from a neighbouring field and took it as a present to Annie.

The duck was shocked but after some TLC and a shot of antibiotics, he was placed back home and was none the worse for wear.

This was the most unusual present Ozzie gave Annie to add to the shoes, pots, sticks and other bits he offered her.

By late November, Annie appeared to be recovering and would take gentle walks around the Sanctuary with Gertie and, of course, Ozzie was never far behind.

However, she was still not well enough to be re-homed. Ozzie became very protective and continued with his devoted care even getting anxious if anyone tried to groom Annie or clean her hoofs.

Annie began to deteriorate at Christmas despite the intensive care she received at the Sanctuary. She stopped eating and spent most of her time lying down.

Life had been too hard and her frail body just could not cope, despite all the medications and loving care she received. Ozzie rarely left her side and sadly Annie died on January 17.

Gertie has now been re-homed but Ozzie has since been very sad. He spends most of his time lying in bed and desperately needs to be homed with a family that can give him all the love that this extraordinary dog deserves to have.