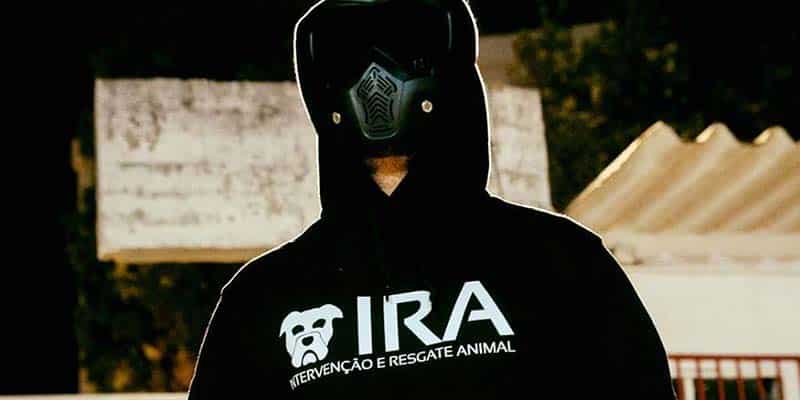 Portuguese television channel TVI has aired a damning report claiming animal rights group IRA is being investigated by the PJ police and the Public Prosecutor’s Office for allegedly “breaking the law” when rescuing abused animals.

In fact, TVI’s report says that the group is suspected of “terrorism, armed robbery, kidnapping, among other crimes” and that Cristina Rodrigues, a member of animal rights political party PAN, belongs to the group.

IRA has since denied all accusations and vows to go to court against TVI.

The group’s name is an abbreviation of Intervenção e Resgate Animal (Animal Intervention and Rescue) and there are claims that many of its members wear masks to conceal their identity.

“They call themselves IRA, they say they rescue abused animals, but they steal them. They chase owners with weapons, break into their homes and make death threats to those who stand up to them,” the report claims.

The report includes interviews with people who claim to be ‘victims’ of IRA, having had their animals taken away from them “unjustly and violently”.

One woman claims she had bought a malnourished horse that she wanted to nurse back to health which ended up being “kidnapped” by IRA because the group thought she “mistreated” the animal.

Teresa Bento claims the group chased her and threatened her with a gun before making off with her horse and escaping before police arrived.

Another alleged ‘victim’ of IRA, Paula Neto, says there is an “incentive within the group for violent acts to be committed”.

She also claims that the idea of “taking justice into their own hands leads them to commit all kinds of crimes and injustices imaginable”.

Meantime, IRA has used its Facebook page to refute all accusations and has even threatened to go to court against TVI if evidence of their alleged crimes is not presented.

In a statement with several points, the group says that a video that TVI used of a man insulting an elderly animal breeder in Costa da Caparica was not filmed by the group, but merely shared on their social media page to identify her.

They also accuse Teresa Bento of having stolen the horse she mentions with the help of “cousins” and describe another woman interviewed in the report as a “con-artist from the Algarve”.

IRA also believes that this “attack” against them and PAN is a result of the recent anti-bullfighting efforts in Portugal.

Meantime, Cristina Rodrigues from PAN has admitted that she acts as the group’s lawyer on a “pro-bono” regime as she does with other animal associations but has refused to make any other comments as she is bound by “professional secrecy”.