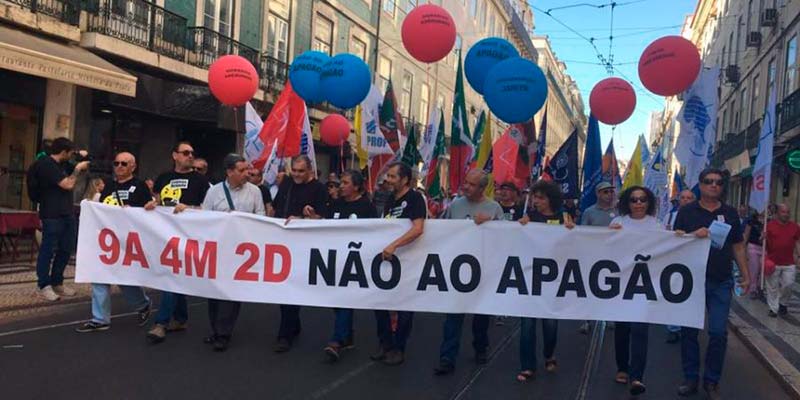 Still not where they want to be regarding salary increases and career progressions, the nation’s teachers are now threatening to blitz the summer term.

The plan would create even further chaos in a State school system that is (almost) as creaking as that of public health.

For late teens planning to leave school and go to university, the threat spells unimaginable headaches. But to a lesser extent, it stands to affect all age groups.

Say reports today, teachers will be meeting next month to decide “just how far they are prepared to go”.

Very much like the strikes being waged by nurses, teachers say they are fed up with waiting for what they were promised when this government came into office.

Union boss Mário Nogueira “has revealed”, says tabloid Correio da Manhã, that teachers’ new tactics could include “not going to classes at all during the 3rd period (summer term); boycotting most of the classes,and not setting evaluations (tests)”.

In the case of the latter, this would mean that there would be no final grades awarded, he said.

Commenting on the deadlock, Opposition PSD leader Rui Rio has said the government would be “hugely irresponsible” if it didn’t try once and for all to close a deal. He has conceded however that “this doesn’t mean that teachers would all be happy with the result”.

The truth is the government claims to have tried to close a deal, but that it cannot meet the financial toll of teachers’ demands. Minority left-wing allies have already suggested various ways the teachers could be compensated without hammering the deficit, but until now the deadlock persists.