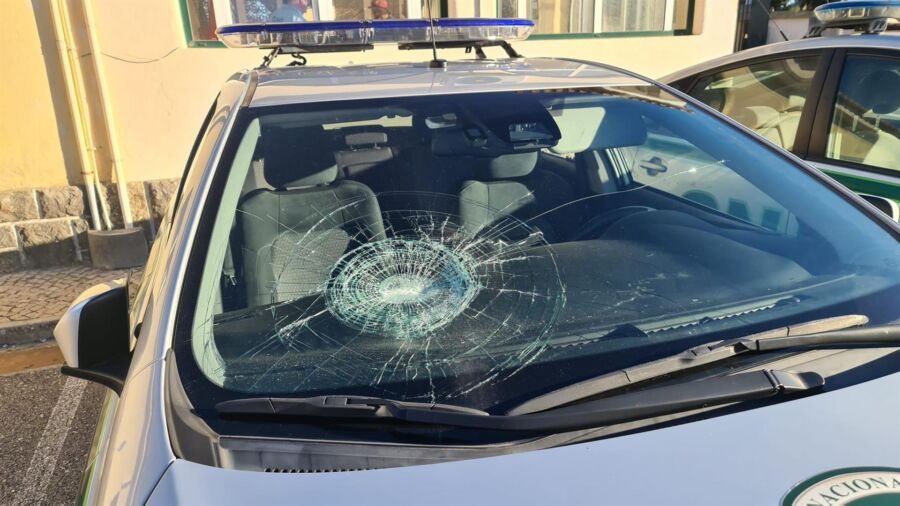 The first came in Cascais, last Friday, when a group moved in on agents trying to arrest a man who had attacked and threatened one of their colleagues.

The incident happened outside a Lidl supermarket. It began when the man, aged 33 and already known to police for ‘aggressions’, threatened a shopworker, and then went on to punch  a policeman.

The policeman may have been reacting to the attack on the shopworker (this part has not been fully explained).

The agent called for back-up – and it was when colleagues arrived that a ‘crowd’ moved in, filming the officers trying to apprehend the 33-year-old, shouting abuse and trying to free him.

Police on this occasion managed to apprehend the suspect. He was presented the next day to magistrates, and “set free”, says CM.

The very next day, in the Bairro da Cruz Vermelha in nearby Alcabideche, another man launched himself on a GNR patrol with a broken bottle as agents were carrying out a routine traffic control (‘Operation Stop’).

“Agents managed to handcuff him, but at least 20 people put themselves between the GNR and the arrested man, allowing him to escape.

“A police car was stoned, and kicked, leaving it unoperational”, the tabloid adds.

The next day (Sunday), the man who had escaped was seen in another part of Alcabideche, and arrested with three others “for threats made to the GNR”. Again, CM says, he is now awaiting trial “at liberty”.

These stories come at a time when authorities have admitted that there is a increase in violent crime in Portugal, and new measures of combat are necessary.