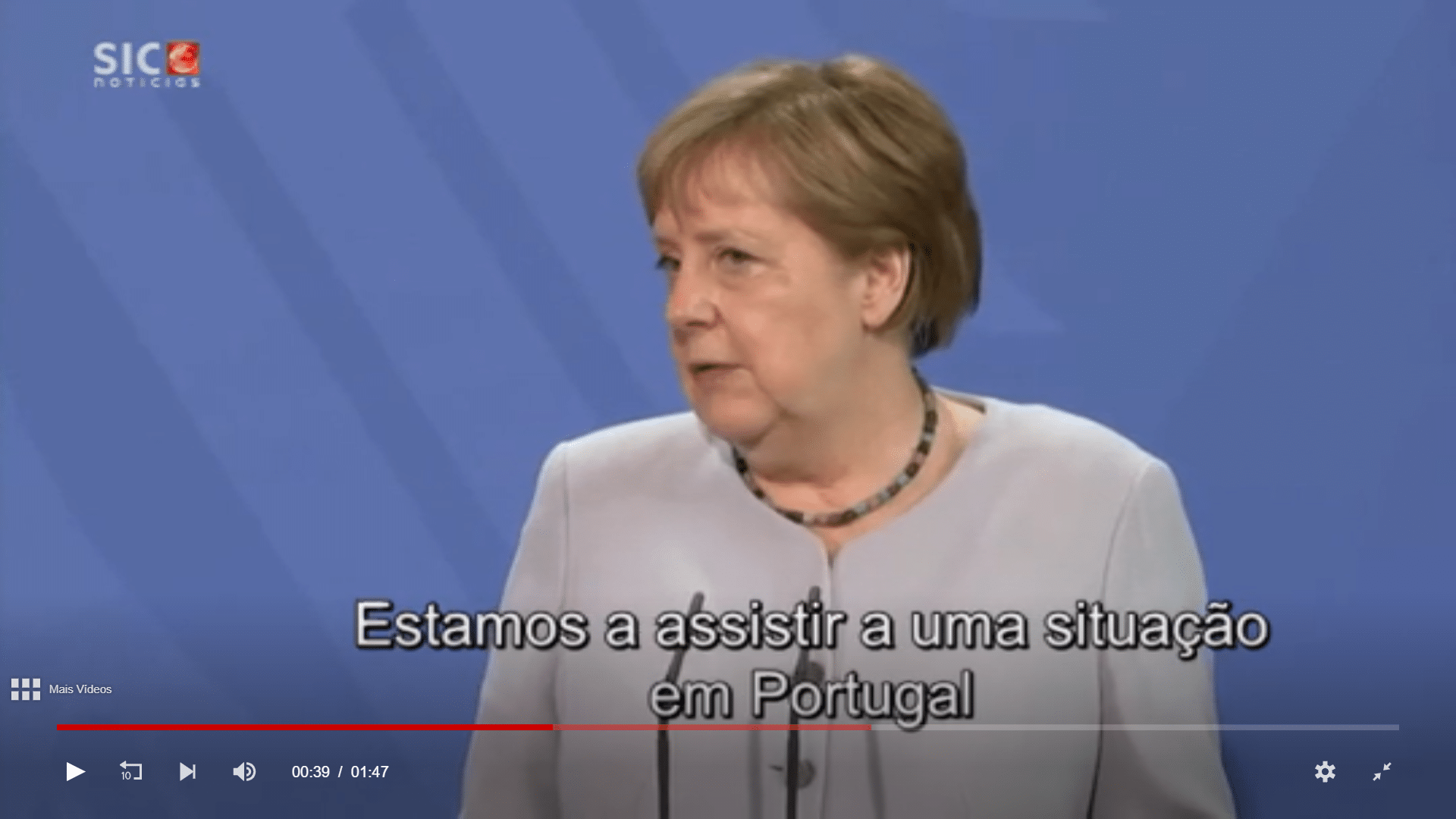 No sooner had German chancellor Angela Merkel publicly criticised Portugal for allowing British holidaymakers to import the Delta variant into Europe, Opposition leader Rui Rio was on the attack, accusing the government of putting the country through “unnecessary shame”.

According to Mr Rio, Mrs Merkel’s comments were completely justified.

They came yesterday afternoon at a joint press conference in Berlin with European Commission President Ursula von der Leyen – alluding to the moment when Portugal opened up, ahead of Europe last May, to British holidaymakers, in spite of full knowledge of the circulation in Britain of the ‘more transmissible’ Delta (formerly known as Indian) variant.

“What I regret is that we have still not been able to achieve uniform behaviour among Member States in terms of travel restrictions”, said Mrs Merkel. “This is a step backwards.

“We have a situation in Portugal which possibly could have been avoided. It is for this reason that we have to work even harder” when it comes to ‘coordination’ across the bloc.

As media outlets stressed, while Portugal opened its doors to Britons, countries like Germany and France imposed restrictions on them, precisely because of the propagation of the Delta variant. Indeed, the EU has still not added the UK to their list of countries safe to travel to (although individual Member States are free to decide their own rules).

Mrs Merkel’s comments will be causing PS Socialists extreme discomfort, not least because this is the final week of Portugal’s presidency over the Council of European Union, and it is coming at a moment when the country is registering the highest daily number of per capita infections across the bloc.

European Commissioner Ursula von der Leyen’s comments that the Delta variant will almost certainly become dominant throughout Europe haven’t really helped. Portugal will now be indelibly marked as the country that gave it the red carpet onto national soil.

And this is where Rui Rio struck.

“It wasn’t enough that we were treated with vexatious disregard by the United Kingdom to whom we pay football genuflection (here, he was referring to Portugal’s fairly catastrophic decision to allowing thousands of British football fans to the Champions League final in Porto click here), we have now had to hear the German chancellor’s righteous indignation”, he tweeted. “The Portuguese government is putting the country through unnecessary shame”.

And shame (‘vergonha’) cuts deep into the Latin psyche.