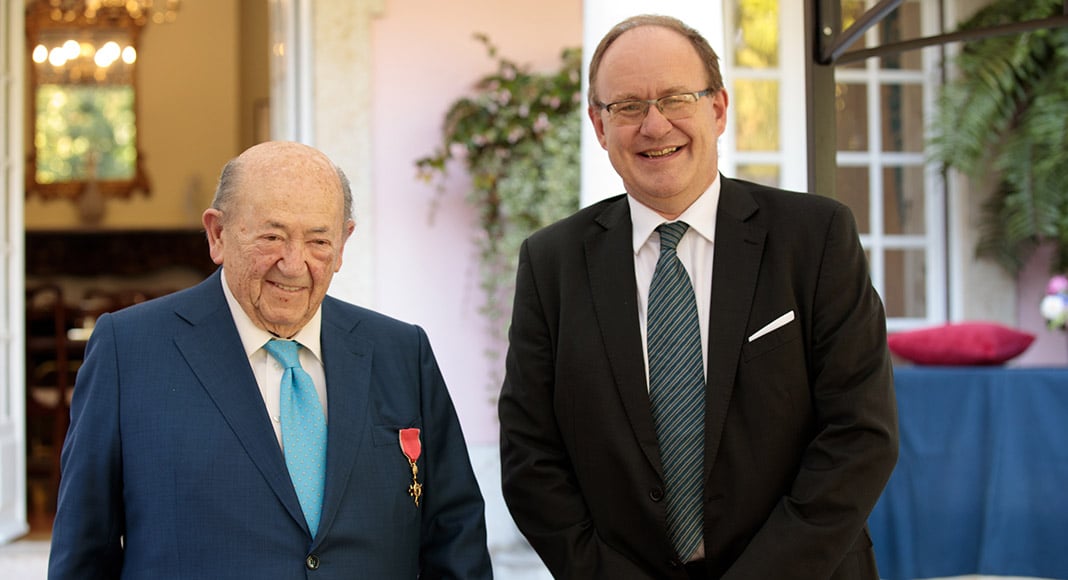 André Jordan, the man famous for his contribution to the development of tourism in Portugal, was officially named an Officer of the Most Excellent Order of the British Empire (OBE) on Thursday during a ceremony organised by the British Embassy in Portugal.

The award came as a result of his “dedication, involvement and services provided” to the Duke of Edinburgh’s International Award (DofE), a youth awards programme founded in the United Kingdom by Prince Philip, Duke of Edinburgh, in 1956.

“It is my great honour to announce the appointment of André Jordan as honorary Officer of the Most Excellent Order of the British Empire. This is the recognition on behalf of Her Majesty Queen Elizabeth II for the very notable contribution of André Jordan to the Duke of Edinburgh’s International Award,” said Mr Chris Sainty, British Ambassador to Portugal, who personally awarded the OBE medal to Mr Jordan.

“I celebrate André’s passionate advocacy for the development of young people in Portugal and around the world. And the way he embraced the project launched by the Duke of Edinburgh and created something truly remarkable here in Portugal.

“We like to talk about the Ancient Alliance that binds our countries together. And we can point to any number of treaties and historical events to demonstrate the strength of that bond. But in the end, it is people who create the special relationship between Britain and Portugal. And I think André is one of those very special people who embody and exemplify that special friendship,” he added.

According to its website, the Duke of Edinburgh’s International Award is a global framework for non-formal education and learning, which challenges young people to “dream big, celebrate their achievements and make a difference in their world.

“Through developing transferable skills, increasing their fitness levels, cultivating a sense of adventure and volunteering in their community, the Award helps young people to find their purpose, passion and place in the world,” it adds.

It operates in 144 countries and territories, “helping to inspire millions of young people”. 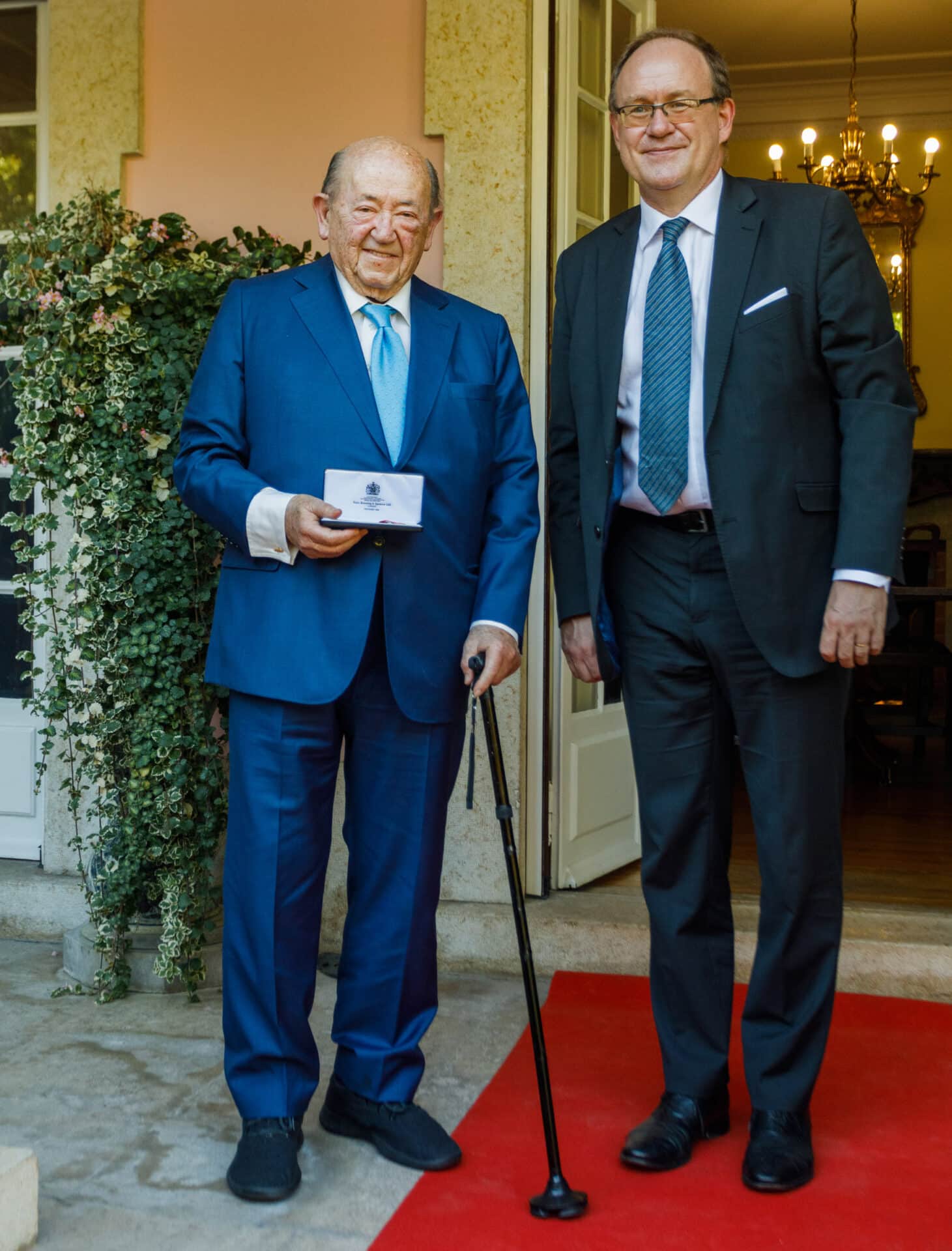