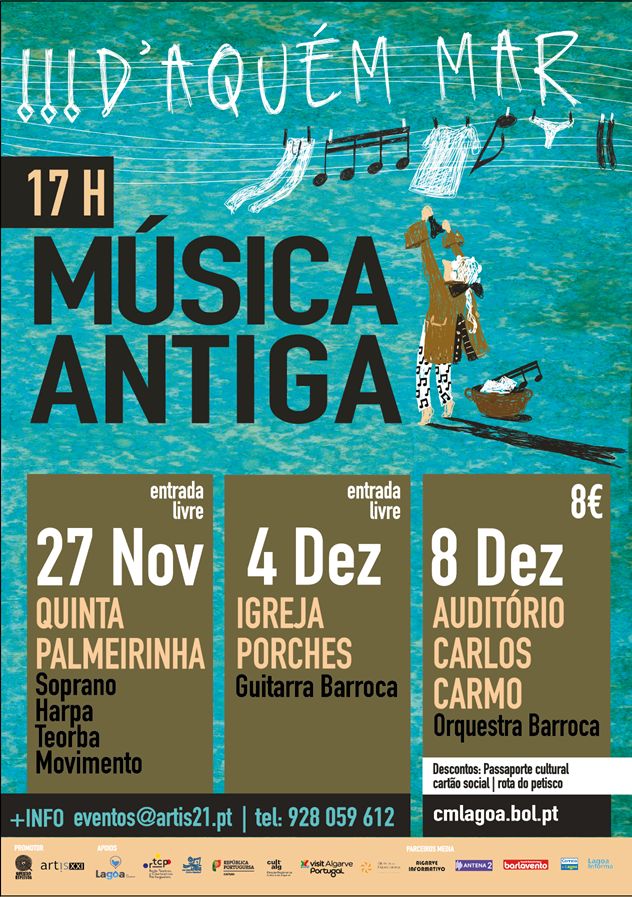 Three concerts inspired by the Portuguese Discoveries take place on November 27 and December 4 & 8.

“Sons D’Aquém Mar” (Sounds from this Sea), an Ancient Music Festival, is returning for its third edition with three concerts in the Municipality of Lagoa. The shows are scheduled to start at 17h00 on November 27 (Quinta da Palmeirinha), December 4 (Porches Church) and 8 (Carlos do Carmo Auditorium in Lagoa).

The complete programme consists of 6 concerts (three in Lagoa and three in Lagos) that advocate a journey in different styles and languages ​​of historically informed music and whose starting point is the interdependence of the Algarve with the sea as a region intrinsically linked to the Portuguese Discoveries.

The concerts on November 27 and December 4 are free of admission. Tickets for the show on December 8 cost €8 and can be purchased here, at the CTT, Fnac, Worten, Carlos do Carmo Auditorium, Centro Cultural Convento de S. José ticket offices and the Balcão Único of Lagoa City Council.

Cultural passport, Lagoa Social card, or Rota do Petisco Passport 2022 holders benefit from a 20% discount at ticket offices in the Municipality of Lagoa.