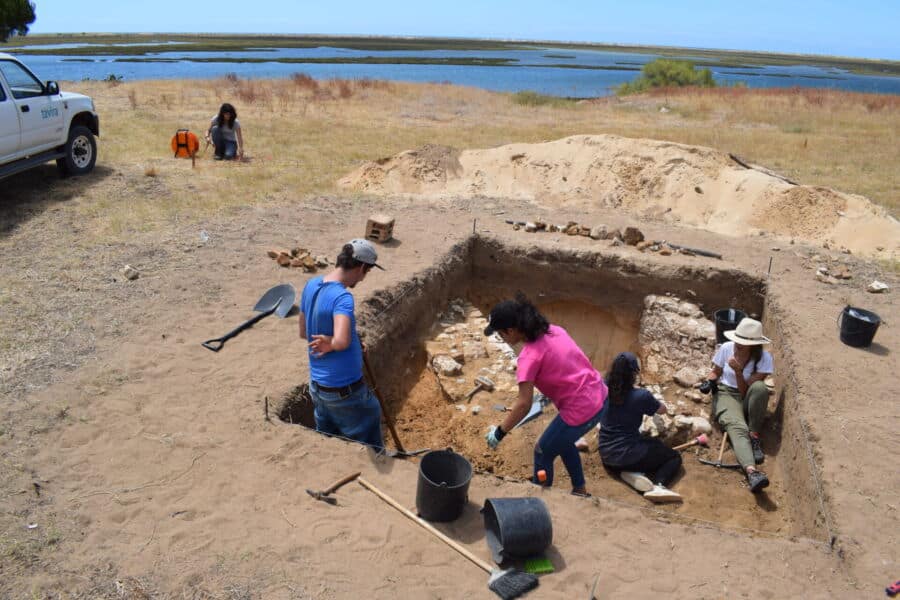 Archaeologists have uncovered in Tavira an “important and sprawling complex” where fish sauces and pastes were produced in the 1st and 2nd centuries AD in the ancient Roman town of Balsa.

These fish transformation factories were found during the last round of digs carried out this year in Quinta das Antas, near the centre of the ancient town.

“At the moment, data shows that these factories, or part of them, functioned in the 1st and 2nd centuries AD, having been controlled by a large and rich house (villa) located on a platform just around 100 metres higher,” the researchers say, according to a statement released by Tavira council.

“It seems that after this house was abandoned in the 2nd century, at least part of the factories continued working until the 4th or maybe 5th century, according to the ceramics from that time found underneath the rubble of a roof of one of the dug-up tanks,” they add.

Digs also centred on the remains of the house, on top of which a “structured grave with large rocks” was set up, centuries after the house was abandoned – by then, its remains had become buried and were no longer visible.

Say the researchers, the grave shows “some typical characteristics from the first Christian graves known to exist in the region starting in the 5th century AD.”

Balsa, Searching the Origins of Algarve

The archaeological project entitled ‘Balsa, Searching the Origins of Algarve’ is financed by CRESC 2020 and is coordinated by the University of the Algarve and backed by the Tavira Living Science Centre, Tavira Council and Regional Culture Board.

According to the project’s website, “the Roman city of Balsa, located in the extreme southwest of Iberia, is one of most important archaeological sites of southern Portugal.

“This site, classified as national heritage, still preserves records and elements of a long tradition supported by its Atlantic and Mediterranean influences, essential for defining the identity of the Algarve region.”

The project’s main goals have always been to “establish the size of the town” and the “level of preservation of its ruins”, and the team behind it says that these objectives were achieved.

They also stress that the discoveries made were only possible thanks to the “support of the owners of some of the properties where digs were carried out”, as well as the collaboration of “partnering entities and students from the University of Algarve and Lisbon who participated in these investigations”.