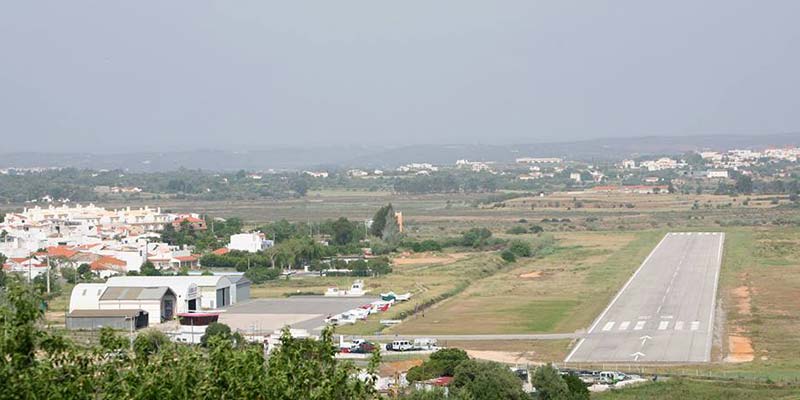 ANAC, Portugal’s civil aviation regulatory body, has suspended all skydiving activities at Portimão municipal aerodrome until a “new procedure to ensure regulatory safety of the activity” has been approved.

Says Lusa this afternoon, the decision was taken after ANAC “found a change to the existing skydiving procedures which raised doubts as to their suitability and effectiveness”.

ANAC discovered this change after carrying out a supervisory action in 2020.

It’s not clear whether the action took place before or after last year’s serious accidents (click here and here).

Says a written statement by ANAC sent to Lusa, “on March 29, 2021 (ie two months ago) before the reopening of skydiving activities following restrictions imposed by the State of Emergency, ANAC transmitted that skydiving activities should not be resumed until a new procedure has been approved that guarantees safety of this activity”.

The decision has no bearing on the air-link connecting Portimão with Cascais, Viseu, Vila Real and Bragança, or “any of the other activities at the aerodrome”.

Lusa has been in touch with João Gamboa, the Portimão council official responsible for the municipal airport, who told them “the non-conformity of skydiving is the most sensitive of 21 (areas/ failings) identified by the regulator” during its 2020 supervisory action.

He said the suspension is linked to the fact that skydivers “cannot land on the sides of the runway” and “planes that operate in the activity cannot take off or land when skydivers are in the air”.

“It’s a sensitive situation of safety that has to be resolved between the aerodrome and the skydiving operators. ANAC has been intransigent over this aspect. The operators did not like the suspension very much, but rules are rules and they have to be complied with”, said Mr Gamboa, stressing that Portimão municipality, which owns the aerodrome, is resolving the non-conformity issues with ANAC.

It’s a process that “has to be concluded during the month of June so that the certification to operate can be renewed in accordance with the decree law that came into effect last year”, he said.

The matter has been put into the hands of a consultancy company specialised in the sector and recognised by ANAC “to whom a plan of action for the resolution of the non-conformities has already been presented”.

Says Lusa, ANAC confirms it has received the ‘plans of action’ proposed by Portimão council. These are now “under consideration with a view to their approval and execution by AFIS, the Aerodrome Flight Information Service provider”.

ANAC however “declined to reveal the 21 non-conformities detected during the audit effected at the municipal aerodrome, alleging that these are ‘subject to a confidentiality relationship’ between the supervisory entity and the audited service provider.”

Sited in the parish of Alvor, on Portimão’s outskirts, the aerodrome’s two skydiving companies annually welcome dare-devils from all over the world – many of whom prepare for European and World championships in the bright blue Algarve skies.

But there have been some terrible tragedies (click here) – underlining just how ‘radical’ this sport can be.

Skydive Seven, one of the companies operating out of the aerodrome, posted on its Facebook page yesterday that it still has no idea when it will be able to “recover the Portimão Sky”.