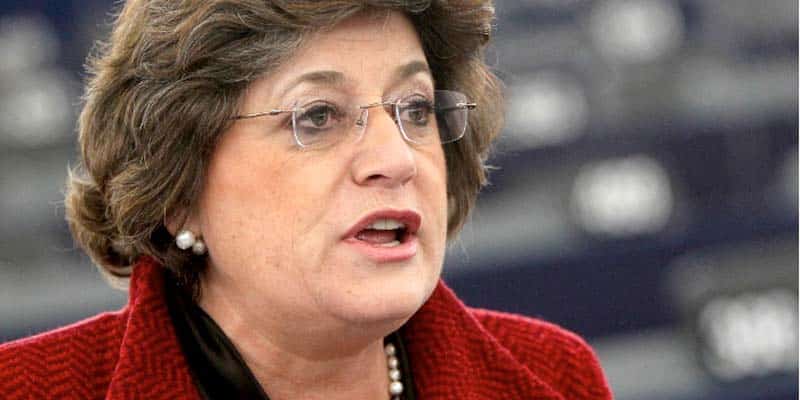 It has been mooted for months but today finally former PS MEP and anti-corruption firebrand Ana Gomes launched her official bid for the Presidency – declaring herself the only candidate for democratic Socialism.

Showing continued perplexity at PS Socialists’ failure to field a candidate of their own, she said she is standing for ‘transparency’.

She praised President Marcelo for his first term, as well as fellow candidate Marisa Matias (standing for Bloco de Esquerda) but alluded at the same time to “part of the system that has been eroded by installed interests which neither serve nor represent the Portuguese people”.

For the PS Socialists whose secretary-general António Costa effectively put the government’s support behind a second term with Marcelo Rebelo de Sousa in a car manufacturing plant well ahead of the presidential race it’s something of an embarrassing moment.

The truth is that it IS unusual for the party not to field a candidate of its own. But it could be equally fair to say there is unlikely to be any candidate (left, right or even centre) who could possibly unseat Marcelo. He is arguably the most popular Portuguese president of all time (click here) – though he has still to reveal whether he is prepared to run for a second term.

For now, the field is becoming clear: Ana Gomes for the centre-left that don’t support their own leader’s support of Marcelo; Marisa Matias for the left and André Ventura for the right (or as many would say ‘the extreme right).

Ventura has already criticised both his female candidates in a way pundits say ‘recalls Donald Trump’.

He has also vowed that he will quit as leader of Chega (his party) if Ana Gomes polls more votes than he does.

But now, the real question on everyone’s mind is ‘will Marcelo stand again?’ and deliver more of the magic that kept this country with a spring in its step until Covid-19 brought everything crashing down.