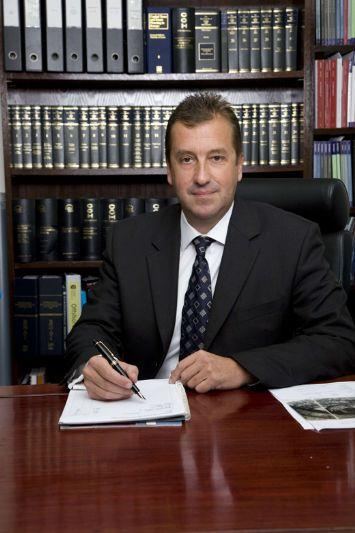 Chairman of  The Sovereign Group Adapted from an article which first appeared in the South China Morning Post.

At the still quite recent G20 summit, Gordon Brown was instrumental in launching an initiative to take action against offshore financial centres (OFCs) which, it would appear, caused the whole global economic mess in the first place by depriving the UK and others of badly needed taxes and this, obviously, caused the banks to buy worthless assets. So Gordon is wonderful and the OFCs are evil but he will sort it all out and we will all return to prosperity.

Mr Brown has conveniently forgotten that the major factor in the present financial crisis was the conduct of the UK banks operating under his “light hand of regulation” while he was Chancellor of the Exchequer and then Prime Minister. They were onshore not offshore. And it all happened on his watch.

Obama too is at it. He mentioned the offices of a well know Cayman law firm being the registered office address for 1800 companies concluding it must be a tax scam as they couldn’t possibly be operating from there. Perhaps he should look at Delaware where most of the Fortune 500 companies have their own registered offices but from where very few actually operate.

Gordon has forced the heads of the banks to apologise but doesn’t seem to recognise any part that he played in causing this mess.  Instead he is beating a great big drum, and getting other G20 leaders to do likewise, calling for the end of banking secrecy and the reigning in of activities of the OFCs who he says cost the G20 nations many trillions in lost tax revenues which they now desperately need so they can buy their own debt or…… something like that.

In addition it was the same Mr Brown that actively encouraged the growth of financial services in the OFCs under direct or practical British control. This includes most of the major OFCs- Bermuda, Cayman, BVI, Turks and Caicos, Gibraltar, Isle of Man, Jersey etc. The UK government have been actively involved in either approving or helping draft many of their regulations and laws. Now they have become successful he decries that success in the loudest possible way and threatens sanctions. Outstanding!

What Mr Brown seems to forget is that beating up on the little OFCs is hardly new or news. In 1996 the OECD called for a report which was delivered in 1998 and listed all “tax havens” who engaged in “harmful tax competition”.  The OECD threatened these tax havens with all sorts of nasty stuff because their low tax rates attracted investment which should have gone onshore and therefore cost tax dollars.  The implication was that anybody who had a tax rate lower than the norm amongst the OECD states were not being fair. Boo hoo!  Another source of irritation was that the OFCs wouldn’t open their books up to the onshore nations and tell them all about who was doing what in their jurisdiction.

Many argued that this was a bit ridiculous and that nations shouldn’t be trying to dictate tax rates to other nations and in 2001 the then US treasury secretary, Paul O’Neil scotched the project by stating  “The United States does not support efforts to dictate to any country what its own tax rates or tax system should be, and will not participate in any initiative to harmonise world tax systems. The US simply has no interest in stifling the competition that forces governments – like businesses – to create efficiencies. Where we share common goals, we will continue to work with our G7 partners to achieve these goals. The work of this particular OECD initiative, however, must be refocused on the core element that is our common goal: the need for countries to be able to obtain specific information from other countries upon request in order to prevent the illegal evasion of their tax laws by the dishonest few.”

The illegal tax evasion he was referring to doesn’t take place offshore.  There is nothing to stop someone setting up an offshore company or trust.  That person may well have an obligation to report the existence of that company or trust on their home tax form. Legislation in their home country may well attribute the undistributed profits within that structure to the “beneficial owner” and trigger a tax charge as though the structure didn’t exist. If so a simple offshore structure will not achieve any tax advantage provided the correct reporting is made.

What the OECD were objecting to was the fact that some of their citizens and residents were “forgetting” to submit the required information on their tax forms. The secrecy found offshore encouraged them to think they could get away with this.  Even now some offshore practitioners still rather irresponsibly promote this idea of hide it and don’t declare. Some suggest that you should keep all records hidden in a bank vault, not make phone calls to your offshore service provider and other such nonsense.  It’s this type of stuff which gives offshore practitioners a bad name. What these should be advising on is how to achieve the desired tax saving with a structure which legitimately and legally avoids or defer taxes onshore. It is nearly always possible.

The OECD threatened sanctions against any jurisdiction which did not agree to sign up to an exchange of information programme. Britain and Germany did find an interesting way round this problem by paying for information stolen from a bank in Liechtenstein. I thought paying for stolen goods was a criminal offence! All the tax havens committed to do what they were told with the notable exceptions of Andorra, Liechtenstein and Monaco.  At that time Hong Kong was left off of the list of tax havens– not because it didn’t correspond to the OECD’s criteria but probably more because the OECD didn’t feel that it could bully China. Those funny little offshore islands were a different matter.  They were easy to take down.  The tax havens committed to signing tax information exchange agreements (TIEAs) under which information about ownership of offshore structures could be passed onshore upon request. This was made conditional upon the onshore jurisdictions introducing similar provisions because, funnily enough, many of the OECD member states had greater banking secrecy and lack of information exchange than those about who they were complaining. Quietly over the last few years Cayman, BVI and all the other recognised OFCs have signed TIEAs with most onshore countries. The OFCs haven’t exactly advertised they have been doing this but the TIEAs are there and in place.

Next came the EU savings directive under which EU member states agreed that they would force banks within their jurisdictions, or jurisdictions under their control (so that included most OFCs ) to automatically pass information back to the home tax authority of any other EU resident who banked within their borders and earned income on the account.  Switzerland reluctantly signed up for this initiative and talks have been ongoing with Hong Kong and Singapore asking them to join in.  Thus far they have resisted as they have been a massive beneficiary of the directive.  EU residents have switched their banking from Cayman, Jersey and Guernsey etc to Hong Kong or Singapore en masse and the private banking industries in both states have flourished as a result.

So what’s all the new noise about?  Well under intense pressure, Monaco, Andorra and Liechtenstein have finally relented and agreed to introduce exchange of information and Switzerland and Austria have agreed to roll back their banking secrecy to allow for the same.  Hong Kong and Singapore are being encouraged to do likewise and have indicated that they are likely, finally, to accede.  Mainly it’s a way of Gordon making headlines and showing what a true statesmen he is, leading the way in the fight against the evil tax havens.

Only the fight, uneven as it was, had already been won, years ago.