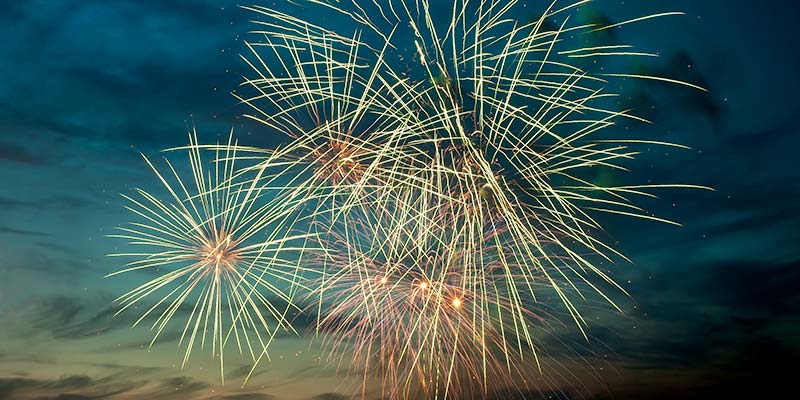 Every year around this time, many people decide it’s time for some self-improvement by making a list of New Year’s resolutions. Goodness knows we all could do at least a little bit better. I know I’ve tried, not always successfully. I also think it’s useful to understand why we don’t always succeed, no matter how earnest our attempt. Please find listed below, in order, my resolutions for 2019, followed by the most relevant excuses that will mean my best intentions will be obsolete by Valentine’s Day.

This is a great idea for anyone who has decided to become a resident of this fair land. The only problem is that it’s virtually impossible and almost unnecessary if you live in the Algarve, where almost all of the store clerks, bank tellers, waiters, taxi drivers, golf pros, college students and passersby speak perfectly fine English, often with an American accent. This is because they’ve all watched literally hundreds of Hollywood movies that are subtitled and not dubbed. I’ve never watched a single Portuguese movie with English subtitles.

When my lovely wife and I moved here from a Spanish-speaking country, we were told that our vague knowledge of that language would help with Portuguese because the two tongues are “similar”. It didn’t help and they’re not.

We got around saying “buenos dias” and “dónde están los baños” in Panama, but we could never conduct a philosophical discussion with our smarter, better-educated and younger bilingual friends.

The first time I tried “gracias” at the local Almancil ‘pastelaria’, after buying a couple of “pastéis de nata”, I was immediately and unceremoniously corrected and told the correct term was “obrigado”. Eventually, I reverted to “thank you”, which got by without incident and was almost always followed by “okay”.

Then there’s the pronunciation. How does the last word in the village where I live – called Santa Bárbara de Nexe – come out being pronounced ‘nesh’? I know I’m lazy, and there is the old-dog-new-trick problem, but this isn’t going to be easy.

2. Cut down on drinking

At these prices, you have to be kidding. Alcohol consumption has never been more affordable. With beers costing as little as 80 cents (or as my British friends at the pub say while they’re buying another round, “80p”) and seldom over €2, a Sagres or Super Bock are priced below bottled water in many establishments.

And what about the wine? Portugal is a paradise with possibly the best inexpensive wine in the world. Where else can you leave the store after a vinho-run, with six bottles of tinto and six bottles of branco, a bottle of port, and maybe a champagne (prosecco/cava), and/or a rosé (a week’s supply – okay maybe I should cut back a bit) for around €60 euros, or maybe less if you grab some of the sales.

Ol’Pat is going to dedicate a future column to Portuguese wine, because he thinks it’s wonderful.

Okay, this one is going to get me in trouble because I haven’t and probably won’t. I have noticed that when I attend American expat events, I am literally the only one slipping outside in the rain to drag on a fag. So, I get it. Even at home I don’t smoke inside and think that it’s never proper to smoke if it bothers anybody.

Meanwhile, at the British-style pub in my neighborhood, most patrons like to sit outside so we can smoke, and many do. I’ve even been to restaurants that have smoking sections. Nice! I know, I know, it’s not good for me but as long as I don’t make you inhale my smoke, I’ll enjoy my number one vice as long as I can.

I have – a Mediterranean diet. Especially when going out for a bite (or two or more), eating is quite inexpensive, certainly as compared to back home, wherever that is, be it Washington DC, San Francisco, London, Berlin, Paris, Panama City or Perth. Portuguese cooking is simple, fresh and well seasoned (never too spicy), and surprisingly healthy. The portions are usually generous without being gigantic. I often bring a “doggie bag” home but never for Fluffy, but rather for a nice “leftovers” meal, which makes eating in or out even more affordable.

At the grocery, the vegetables seem nice and fresh, and there’s usually a good selection of fish available. My lovely wife and I believe that we haven’t cut down on our eating habits, but we know we’ve lost a bit of weight.
Okay, enough with the excuses…

If you’re a resident, it is easy to get complacent and lazy because where you live, whether it’s Lagos or Faro or in between, is so nice. However, there are so many beautiful, scenic, historic places to visit that it is a shame to let inertia get in the way of exploring.

Just in the Algarve, I have friends who seem to think that going from Tavira to Luz is “quite far”. No, it’s not. Depending on how fast you drive on the A22, nowhere takes longer than an hour or so to get to. The speed limit is 120kph, and I admit to going at around 130 and I’m still passed all the time “like I’m standing still”. Haven’t seen a cop yet, but, of course, you never know.

6. Go for walks on the beach

Yes, it’s wintertime and it can be chilly, but didn’t we move here because it’s never that cold? Offseason is the best time actually, because the beaches are seldom crowded and often deserted, and dogs are allowed back on the sand. Fluffy doesn’t like to get her paws wet in the surf, but she loves running back and forth on the dunes. Of course, we bring little plastic bags. That shouldn’t need to be a New Year’s resolution.

Being an expat, as Pat is, means that we’ve ended up somewhere else and we don’t have the network of friends and particularly family that we used to enjoy. In many ways, that’s part of the adventure. However, you don’t need to feel isolated. There are several groups you might want to consider joining. For example, if you’re an American and would like to discuss American football instead of ‘futebol’ (we still call it soccer, don’t we?), you can join either Americans Living in the Algarve, my favourite group, or Americans and Friends in Portugal. Or, if you’re more of a global citizen, there’s Algarve Expats or Expats in Portugal – all worthwhile and easy to find via Google or on Facebook. While we’re talking resolutions, just please don’t ask too many silly questions like “Where should I live?” or “Does Portugal have Wi-Fi?” or “Where do I find marshmallows?” Google, which I’ve already mentioned, probably should be consulted before you sell your house and move here.

8. Read the Algarve Resident every week

It’s a good-looking, well-put-together and very informative local newspaper. Plus, you don’t want to miss ‘Pat, the Expat’s’ next column.

If you have any story ideas or topics you’d like to see discussed, please feel free to let me know at patattheresident@gmail.com. Please keep your suggestions brief, because I’m not getting any younger and time and patience are limited.