Portugal Resident
Home Original An arm and a leg 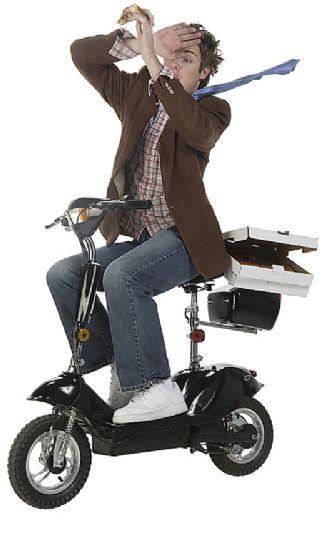 It all happened very suddenly. One moment I was happily motoring along, the next I catapulted towards the onrushing tarmac at approximately 40 miles per hour. I remember thinking, ‘please, let it be quick and painless’, although fear, strangely enough, never entered into my mind. I have enjoyed my life to date and death, however premature, bears no horrors – better a shocking end than no end of shocks, a good friend of mine used to say. My only regret, sorrow, upon an untimely demise would be for those loved ones left behind to cope with the emptiness… anyway, I AM still here to tell the story, alive and kicking in my usual mulish manner!

What happened? I am referring to one Sunday morning in early February. It had rained the best part of 10 weeks and the roads were in a terrible state. The Portimão council had erected barriers around a particularly vicious pothole the previous week – a two by one metre, at least a 50 centimetre deep monster crater – and, feeling the pinch, had typically shored it up with copious amounts of pure sand (by the by, a construction expert once told me Portuguese roads in general are in annual disrepair due to the short term, money-saving, low tarmac content of the mixture used for surfacing). A further downpour subsequently, however, had washed out the temporary filling, with the consequence that the unprotected booby trap both returned to its original lethal state and had additionally become very well camouflaged by the now equally sandy coloured, innocent-looking surrounding tarmac. My Vespa descended at speed, jack-knifing in the hopeless attempt to exit again.

Dazed, I picked myself off the bloodied and unforgiving surface, still self conscious enough to send furtive glances in all directions, relieved to find that no-one had born witness to my personal disaster. Wiping the red mist from my brow, I registered a degree of pleasure in finding that my equally battered and bruised steed responded post haste to my urgings – and thus we both burst back into life and continued to work, until well past midday I made light of the concerned comments of my guests at the tennis club where I organise our weekly tournaments. It was only upon returning home that afternoon that the shock of the crash wore off and I started feeling real discomfort. The entire left side of my body, which had borne the brunt of the impact, began to swell up and become discoloured, shoulder, rib cage, hip and knee, you name it – the sorry picture being compounded by an ugly gash on my left shin. The following three days were spent in bed, then I returned to work.

The following five weeks were spent on the annual renovation of the five clay courts while travelling from Lagos to Vila Real de Santo António covering the women’s football mini World Cup for Associated Press. Only afterwards did I notice the sweetly smell emanating from my lower leg or the fact that I had difficulty fitting my foot in the previously over-size tennis shoe. A tennis player in the medical profession then sent me to hospital where immediate surgery just about prevented me from losing my leg.

Still. I hate keeping still. Six weeks confined to a chair, a leg up, practically no movement, no work, no income. Hell, the price I was forced to pay for my previous refusal to have my wound cleaned and stitched. All my friends were very helpful (Carol, Carla, Chris, Jutta, I love you all!), taking turns to go shopping or drive me to my every two day check-up health centre visits. The whole package at 8.95 euros cheap at twice the price, thanks to national insurance. But most of the time I was left stranded in my leather-bound confinement, unable to even write as my extended recovering leg prevented me from reaching the computer keyboard…. but not the mouse!

‘Mafia Wars’, a worldwide game of strategy with over four million players online at any one time by hosts Zynga, became my passion, which now, long recovered, has become as addictive as morphine to a World War One veteran. A conservative estimate would put the time spent in front of the screen killing and maiming from Indonesia to the Greek islands at no less than eight hours a day. I wake up at 5am to pre-empt my girlfriend, rush to work late, and return early to maximise my next ‘energy pack’, spend my ‘stamina’ fighting, or chat and trade with my equally afflicted “Real Deal Justice International” clan brothers and sisters worldwide. I need help. Diego De Brave (real name), Wes from the State of New York, Ary Beng in the Far East, Andre in Germany, Sasha Lingo down in Texas or even Kevin and Denise in Alvor always need something, be it an Armoured Limo or an AR15 sub-machine gun – I am fascinated and, at the same time, horrified. “Get a life”, I used to say to friends, now I myself am ‘living’ one of those, however ‘virtual’ it may be.

‘Arms’ and legs, these are the things I wanted to share with you this month in these, the continuing chronicles entitled Is it just Me? I hope you are still enjoying the read!

Skip Bandele can be contacted by emailing features@algarveresident.com