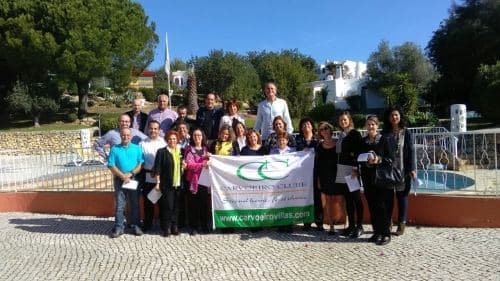 A concert organised by the Amigos of the Centro Cultural São Lourenço on March 24 and 26 will feature three international musicians playing classical pieces.

The first concert on March 24 at the centre near Almancil will see Sunita Mamtani on cello and Uta Kerner on violin playing pieces by Boccherini, Mozart and Händel-Halvorsen, while the second concert on March 26 will see the couple joined by pianist Julian Riem and will include Beethoven, Shostakovich and Brahms pieces.

Sunita Mamtani has performed throughout Europe and is currently teaching at the Lagos Music Academy.

She has performed previously with the Piano Trio Suc and the Lenbach String Trio and won the Rogler Competition in 2003.

Violinist Uta Kerner has played with the Düsseldorf Symphony Orchestra and since 2007 has been a member of the Seville Symphony Orchestra while Julian Riem has performed as a chamber musician throughout Europe and Japan and has been a guest professor at the Conservatories in Munich and Augsburg since 1999.

Both concerts will begin at 7.30pm, with wine and lemonade served from 7pm and canapés and drinks served during the interval.

Entry to the concerts costs €25 for guests and is free for members of the Amigos.

For further information about the concerts, please visit www.amigos-de-musica.org or call 289 395 475