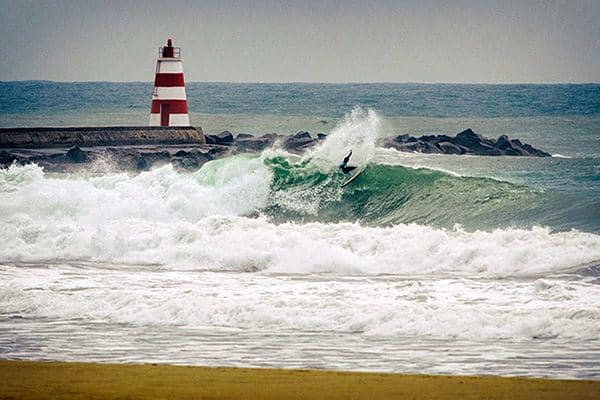 ‘Southern Portugal steals Nazaré’s thunder’ – this is the title of a photographic report published by American surfing website ‘The Inertia’, which highlights how internationally-successful surfers were surprised by the excellent surfing conditions that they found at Praia da Rocha in December.
Pictures by Portimão resident João Bracourt, who is considered one of the best Portuguese surfing photographers, show top surfers, such as Pedro Henrique and Marlon Lipke, hitting the Portimão waves.
In his report, João Bracourt wrote: “While Nazaré was huge as usual with no one surfing it due to the restrictions made by the cops, Portugal was at its best down south. It’s not far from the Mediterranean, but the swell was so big that we still got overhead surf with an occasional stand-up barrel.”
Photo: Joao Bracourt