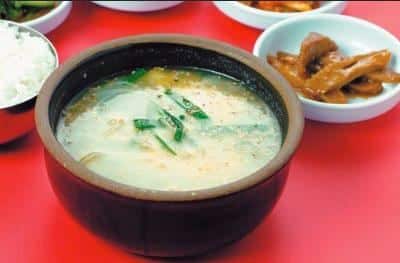 Heather Dunphy is a freelance writer from Toronto, currently living in the Algarve. She is a trained chef, avid traveler, and fan of combining all three: writing, cooking and traveling.

The Portuguese are as passionate about soup as they are about football, and the choice of the various soups on offer make eating soup better than writing about it.

At the same time, soup deserves a spotlight. This kitchen chameleon can turn a few simple ingredients into a meal, or dress up for menus designed to impress. It can cool you down on a hot day, warm you on a cold night, or make you feel better when under the weather.

Soup is as much a part of the Portuguese meal as the table and restaurants offer plenty of choice, but most recipes are simple enough that you don’t need to cook like Nigella or Jamie to make your own.

The other night I experimented with a basic version of caldo verde, or green broth — a staple of the Portuguese kitchen. So much so that the local grocery store sells caldo verde greens pre-sliced and frozen — perfect when cooking for one or two. After talking to a friend, who provided instructions so straightforward that paper and pen weren’t needed, I boiled peeled potatoes in salted water with a few cloves of garlic. When soft enough the potatoes were removed from the water for mashing, the garlic cloves were scooped out and discarded, and then the mashed potatoes were returned to the garlic-infused water. This made a thickened broth for the greens, traditionally galegas cabbage, which only needed a couple of minutes to soften.

Finished off with a few slices of chouriço sausage and a splash of olive oil, this homemade caldo verde was not much more complicated than pouring boiling water over the contents of an instant soup package, yet so much more satisfying.

Caldeirada, or fish stew, is a meal that I love. On my first visit to Portugal I had it as often as my two-weeks allowed. My move to the Algarve has meant I don’t feel the need to spoon as much as possible into a short time, and that I can spend many evenings attempting the countless caldeirada recipes from my kitchen.

The version I most enjoy has many different fish — whatever is freshest that day — along with prawns and clams and is a meal in itself, perfect with bread to soak up the broth and a glass of wine.

I’ve enjoyed this dish often while sitting at a table on my own, but like it even more when sharing it with others, all dishing up at the table from the same pot. I like to think of the Tagus river bargemen — who many credit with creating caldeirada — cooking this aboard their red fragatas (sail barges); adding onions, tomatoes, peppers and potatoes to the broth that held the fish caught that day, before sitting down to enjoy.

Portugal has a love affair with soup that could keep me happily at my stove for months. In fact, Portugal is the biggest consumer of soups in Europe and third largest worldwide.

Many of the traditional recipes came about as innovative solutions to the leftovers that frugal households couldn’t afford to waste. What to do with stale bread? The many açorda recipes — dry soups using bread as the thickener — were the result. Other recipes came from necessity, a way of stretching a few ingredients to make a meal, such as sopa de pedra, or stone soup.

Legend has it that a priest travelling Portugal’s countryside stopped at homes along his journey to ask for soup. If none were available, he’d offer to show his potential hosts how to make soup from a stone.

Curious people would invite him in and, following his directions, put a pot of water onto boil, adding to that a washed stone. Next, the enterprising priest would suggest that if they happened to have some cabbage, carrots, onions, potatoes, and maybe even some meat to add to the pot it would make the meal go further. After eating, he’d move on, pocketing the stone for his next meal.

Creative and hungry was this travelling priest, traits that flavour not only stone soup but the soups of Portugal, and make the popular Portuguese saying ‘there is always room for the soup’ so easy to understand, and so hard to resist.