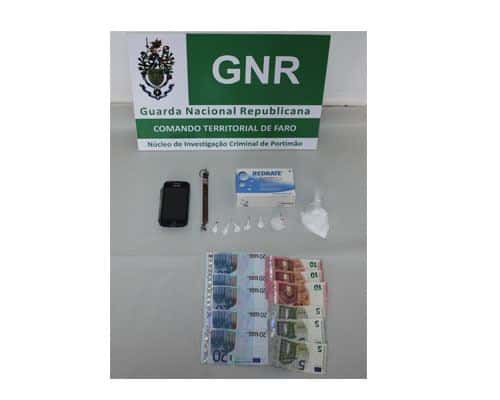 A wheelchair-bound drug baron – believed to be one of the Alvor area’s major traffickers – has been stopped in his tracks by GNR police.

The boys in blue caught up with the freewheeling dealer on Friday, and found enough cocaine for 100 doses inside a medicine box at the man’s home.

Other drug-related paraphernalia was confiscated as well as a “considerable amount of an undetermined product” that was more than likely used to ‘cut’ the drug before it was released for sale onto the open market.

The 53-year-old man appeared before magistrates, but has been released on bail with orders to report once a week to his closest police station.

According to a report in Correio da Manhã, this isn’t the first time the man has been caught. A DIAP investigation was put in course a few months ago, which is what led to last week’s house swoop.