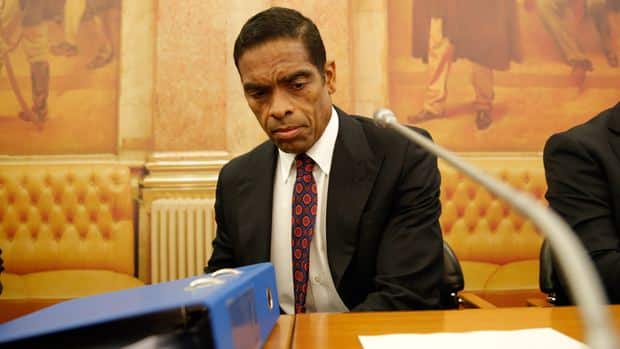 It may be a long way from Portugal, but it is proving a new thorn in the side of Álvaro Sobrinho – the Angolan businessman pursued by prosecutors in this country over roughly €500 million that went missing from BES Angola when he was the bank’s president.

French-language newspaper L’Express reports that Mauritius’ ministry of good governance suspects Sobrinho set up a foundation on the French islands of Mauritius to ‘mask illicit activities’.

L’Express has “dedicated pages and pages” to Sobrinho since the end of last month, writes Visão magazine, explaining not only who he is but “the suspicions” that are also facing him “in other countries”.

The Resident itself received questions from a source in Mauritius only last week, asking us to “please let us have the latest developments on Álvaro Sobrinho’s cases with Portuguese justice.

“He is presently at the centre of a rather big financial affair in Mauritius”, the source continued. “The Financial Services Commission here affirms that there is absolutely no case against him in Portugal. Can you confirm?”

The truth, right now, is that the Financial Services Commission’s information is correct.

There is absolutely no case in Portugal against Sobrinho, although the public ministry is trying (some might say desperately) to see a lien on his various VIP properties in Cascais/ Estoril reinstated – and only last August bank regulators here confirmed they had Sobrinho’s multiple investments in Portugal under scrutiny – particularly the millions channelled into his shareholding in Sporting football club’s management company, SAD do Sporting.

As Correio da Manhã pointed out in one of its many texts on the businessman said to have started his career “with only a motorcycle registered in his name”, he has always been extremely vague about what happened to BES Angola’s missing millions.

Wikipedia describes him in the usually mutually exclusive terms of “philanthropist, banker and businessman” – and it is in the former term that he appears to have been presenting himself on the islands of Mauritius.

The “rather big financial affair” involves the purchase of four Range Rovers and three Jaguars for 40 million Mauritian rupees (more than a million euros, says Visão) which were then offered to “people politically exposed in the country” – leading the Mauritian opposition to suggest underhand dealings with the republic’s president Ameenah Gurib-Fakim, a partner in the Mauritius’ based offshoot of Sobrinho’s foundation, Planet Earth Institute.

Among the ‘dealings’ is the case of the islands’ Financial Services Commission having attributed two licences for two of Sobrinho’s investment funds. One of those licences was ‘attributed’ 15 minutes after the request for it had been made, explains Visão “after the country’s central bank had allegedly refused to give Sobrinho a banking licence”.

The Planet Earth Institute is listed as an international NGO and charity, working for the scientific independence of Africa. Recent grants include one “for a campaign to mobilise resources for Research & Development in Africa from the Bill and Melinda Gates Foundation”.

The value of the grant is not given on PEI’s website, though the Mauritian president is quoted as saying the money will be used to “highlight critical issues at the heart of Africa’s scientific agenda and create innovative platforms, online and offline, for leaders to come together and innovate for solutions”.