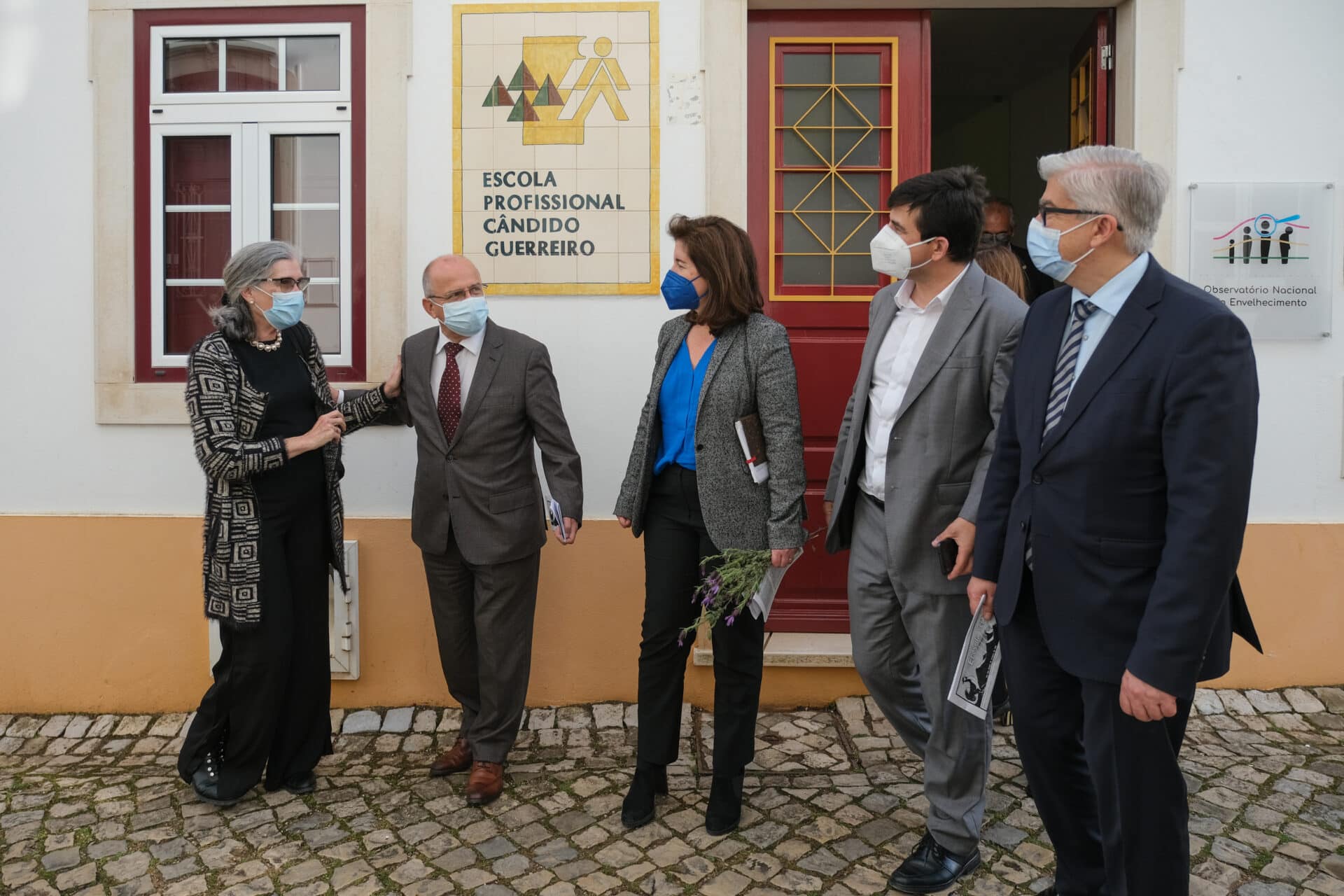 Portugal’s first National Observatory for Aging was inaugurated on Monday, March 21 in the small town of Alte in Loulé.

Located in the old premises of the Cândido Guerreiro Professional School on Rua Nova da Igreja, the observatory was created to promote active and healthy ageing.

Ana Mendes Godinho (Minister of Employment, Solidarity and Social Security) and António Lacerda Sales (Deputy Secretary of State and of Health) attended the inauguration ceremony to highlight the importance of the project not only for the Algarve, but also to tackle the “new demographic paradigm” of increased life expectancy in Portugal.

The initiative is being carried out by three institutions – Algarve Biomedical Center (ABC) of the University of Algarve, Nova Medical School of Lisbon’s Nova University, and University of Porto – led by president Nuno Marques.

Ana Mendes Godinho said it was a “historic day for Alte and Portugal and highlighted the importance of having three universities linked to the project.

“These are three top centres when it comes to investigating and ageing, which is fundamental towards having well-informed options when it comes to the critical areas of intervention, so that we can have a healthier and more active ageing process, and policies associated to longevity which are more focused and knowledgeable,” the minister said.

Godinho also stressed the importance of Portugal’s Recovery and Resiliency Plan (PRR) which is “very much geared towards investment and renovation of social responses dedicated to ageing.”

Hopes are the observatory can bring “new vitality” to Alte , which Lacerda Sales described as “one of the treasures of the Algarve” despite being an inland area affected by desertification and “unknown to many”.

The secretary of state added that “the first seeds have been planted to have a project that will allow us to age more youthfully.”

Promoting the independence and autonomy of the elderly as well as new lifestyles and habits, such as eating healthier, promoting physical activity, preventing illnesses, and investing against smoking and excessive consumption of alcohol are some of the “longevity policies” that must be implemented, Lacerda Sales said.

Loulé Council is among the observatory’s partners and has highlighted other related projects that are underway or have been completed in the municipality, such as a building for scientific research linked to biosciences which will be constructed in Loulé, a headquarters for ageing policies in Vilamoura, several health literacy projects, a network of “pioneering” automatic defibrillators and a laboratory that will work for the European Medicines Agency.

“These are very ambitious projects, we are looking after our inland areas and their people,” Aleixo said.