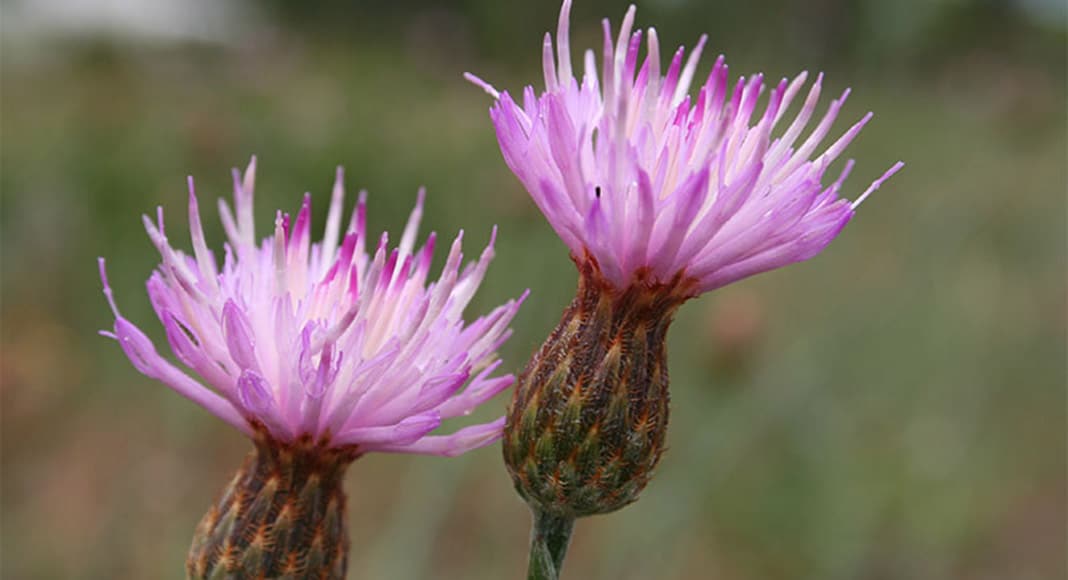 Of the 110 species of plants that can only be found on mainland Portugal, 53 are facing extinction.

This is one of the “most worrying” details of the latest ‘Red List of Vascular Plants of Continental Portugal’ compiled over the last four years by the nation’s botanical society in collaboration with the Portuguese association of the science of vegetation and the ICNF (nature and forestry conservation institute).

Field work for the study took place in 2016 and 2018, concluding that “19 species have already become extinct in recent decades”.

Readers may recall that in numerous stories over the years about ‘rogue developments’ in what should be protected areas, plants preserved by legal statutes are invariably ‘dug up’, burnt or otherwise destroyed. It is a never-ending story of calculated ‘abuse’, often designed to promote projects for 21st century ‘intensive agriculture’.

This plant ‘flourishes’ in dry orchard environments. With a change to intensive projects involving irrigation, Linaria dos olivais is disappearing fast. Yet it is in a Rede Natura setting “designed to protect the species”, explains Red List coordinator André Carapeto.

In other words, the Rede Natura classification does not, in the end, protect what it is meant to protect.

Says Carapeto, the latest study found 30 other species the survival of which is under attack “by the development of irrigation practices in the Alentejo”.

The same goes for plants on the west coast stretch of Rede Natura Comporta-Galé which, in the last few years alone, have seen “hundreds of hectares of habitats protected by law” destroyed.

Stresses Carapeto, “the protection of a protected area is not enough to ensure the conservation of diversity of our national flora”.

The investigator cites also the proliferation of plastic greenhouses along the Costa Vicentina – again an area which should be protected. Instead, the chemicals used on cultures in the greenhouses leach into the soil, affecting not only land plants, but marine flora as well.

Areas where mining is taking place have also seen half the population of a vulnerable form of burr disappear entirely, while the urbanisation of the Algarve has taken its toll on countless habitats.

There is however a shaft of ‘good news’: the latest Red List study identified eight species of plants hitherto unknown in Portugal: some exist in Spain, others in the Mediterranean.

“It’s bittersweet news”, explained André Carapeto, as seven of the species are already ‘threatened with extinction’.

Bottom line, this research has shown that there have to be more measures in place to protect natural habitats, and people have to start playing their part.

Explain reports, it’s unclear whether there will be finance to continue with Portugal’s Red List research. Thus this latest report is “a diagnosis”, says Carapeto. “We have made our suggestions, now it is up to everyone and society to pressure responsible entities to really follow through on Nature conservation”.

Without this push, this effort, Portugal will simply go on losing its endemic plants, he warned, until there are very few left.